Why every European should care

Azerbaijan’s “Caviar Diplomacy” of systematic bribing to downplay Azerbaijan’s human rights record, has led to investigations and convictions in several EU member states. So far, however, the main culprit has escaped unscathed. It is time that the Committee of Ministers investigate Azerbaijan’s role in the biggest corruption scandal in the history of the Council of Europe.

Following a two-year trial, the Ordinary Court of Milan established in its ruling of 11 January 2021 that the Azerbaijani regime had paid a bribe of € 500,000 to Luca Volontè, at the time the leader of the European People’s Party-Christian Democrats in PACE, to derail a 2013 report on political prisoners in Azerbaijan. If adopted, this report would have put a spotlight on the repression in Azerbaijan, which routinely imprisons critics and human rights defenders.

In the initial indictment of Volontè, the prosecutors widely quoted ESI’s 2012 report “Caviar Diplomacy – How Azerbaijan silenced the Council of Europe” where we described how the Azerbaijani regime had gained influence in Strasbourg by offering PACE members and other officials “expensive silk carpets, gold and silver items, drinks, caviar and money”, and luxurious vacations in Azerbaijan. The initial reaction of the Council of Europe was disappointing, as we later wrote:

“The [2012] report was covered by international media and the term ‘caviar diplomacy’ began to be widely used. Some concerned officials in the Council of Europe reached out to us to confirm that things were, indeed, as bad as we had described them. But there things stopped. The reaction of Azerbaijani officials was neither alarm nor outrage, but amused indifference. ‘Some of us laughed’, one senior diplomat told ESI later: ‘There was a feeling at the time that we can buy anything.’”

In a second ESI report in 2016, “The European Swamp (Caviar Diplomacy Part 2)”, we focused on Volontè who had received - via companies registered in the UK and offshore as well as Danske Bank in Estonia and a bank in Latvia - 21 bank transfers totalling € 2.39 million between December 2012 and December 2014 to pursue Baku's interests in PACE. Of this sum, the Milan court took € 500,000 into account where evidence was strongest that it was a bribe. The brokers, who sent Volontè instructions and negotiated the money transfers, were his fellow PACE members Elkhan Suleymanov and Muslum Mammadov whom the Milan court sentenced in absentia to four years in prison, alongside Volontè.

ESI’s 2016 report and subsequent advocacy provoked tumultuous discussions in PACE. In 2017, PACE initiated an independent investigation into the corruption allegations, led by three distinguished former judges from France, Sweden and the UK. Several Azerbaijan apologists – including the assembly’s president Pedro Agramunt from Spain – were dismissed or forced to resign, and PACE adopted a stronger ethical framework.

In April 2018, the investigative body concluded that “there was a strong suspicion that certain current and former members of PACE had engaged in activity of a corruptive nature.” Without executive powers that would have allowed the investigation to look into bank accounts, phones and computers, the three judges could go no further. They hoped “that the relevant Council of Europe authorities, including PACE, and, where appropriate, national authorities, may inquire into these allegations as they see fit.” Based on their findings, PACE banned 13 former members from the Council of Europe for life and imposed restrictions on four sitting members. It also appealed in a resolution to national parliaments and governments “to examine the IBAC’s report and to take the necessary measures in respect of the cases mentioned, which require their full attention.”

In Germany, prosecutors in Frankfurt opened an investigation against former PACE members Eduard Lintner (in PACE 1999-2010) and Karin Strenz (2010-2018), who died unexpectedly in March 2021. In the same month, March 2021, ​​​​​the investigation was widened to include MP Axel Fischer and other German politicians and consultants. According to press reports, Lintner is suspected to have received € 4 million from Azerbaijan between 2008 and 2016 in order to help create a positive image of the country. Karin Strenz, one of Azerbaijan’s staunchest defenders in PACE, was alleged to have received at least 22,000 Euro from Lintner. Another recipient was the Belgian “Academy for Election Observations” run by former PACE members Alain Destexhe (2014-2017) and Stef Goris (1999-2007), which whitewashed flawed elections in Azerbaijan.

A Belgian investigation into Destexhe and Goris was suspended in early 2019 due to the lack of evidence of crimes committed. The bureau of the Belgian Senate, the upper chamber of the Belgian parliament, discussed Destexhe’s case in May 2018, but concluded that any conflict of interests in Strasbourg did not affect his position as a Belgian senator. In Spain, nobody has taken any action against the three Spanish former PACE members who were named in the report of the investigative body, including former PACE president Pedro Agramunt. None of the political parties to which the Spanish, German, Belgian and other suspects belonged has asked them to give up their seats in the national parliaments or taken disciplinary action against them.

Nor has the actual briber, Azerbaijan, been held to account in the only forum where this can happen: the Committee of Ministers, which assembles the representatives of its 47 member countries. Former Secretary-General Thorbjørn Jagland did not leave any doubt that he considered the corruption scandal exclusively PACE’s problem. His successor in 2019, Marija Pejčinović Burić, has been only too happy to continue in this vein.

The Committee of Ministers should now take inspiration from the prosecutions in Germany and Italy and commission an independent investigation into Azerbaijan’s Caviar Diplomacy. It should also task the investigators to formulate recommendations which action to take. This would go some way towards re-establishing the integrity and credibility of the Council of Europe, which has recently been further shaken by its impotence to ensure the implementation of the most important judgements of the European Court of Human Rights and its surrender to Russian blackmail in 2019. In addition, prosecutors across Europe should investigate Caviar Diplomacy in their countries since Azerbaijan did not only target the Council of Europe, but also national parliaments. 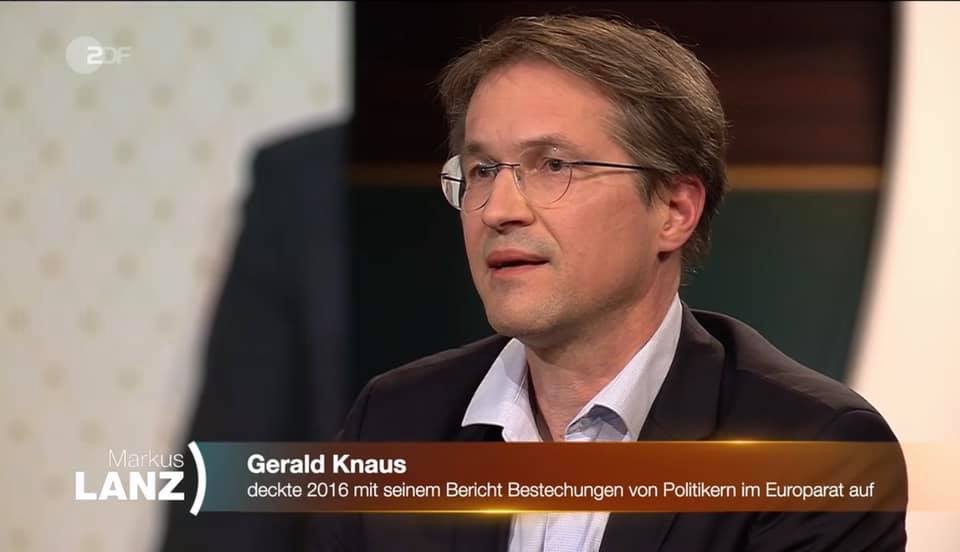