Strasbourg – Council of Europe and Azerbaijan: a tight but crucial vote 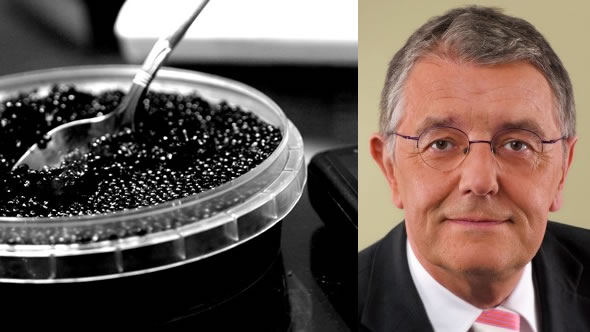 The debate on Azerbaijan in the Council of Europe– described in the recent ESI report on Caviar Diplomacy – continued in June, both in the media and in Strasbourg.

Meeting in Strasbourg on 26 June 2012, the Committee of Legal Affairs and Human Rights of the Parliamentary Assembly of the Council of Europe (PACE) voted on two draft resolutions tabled by special rapporteur Christoph Strasser, a Social Democrat member of the German Bundestag. Both resolutions were on the crucial and sensitive topic of political prisoners.

The first of the reports reaffirms a definition of political prisoners adopted in May 2001 by independent experts appointed by the Council’s then Secretary-General.

In the end, both documents were adopted by a very narrow margin: 26 votes to 22 for the first, and 25 votes to 23 for the second.

This dealt a blow to the Azerbaijani government's attempts to discredit Christoph Strasser's work as a rapporteur. (In violation of its obligations to the Council of Europe, the authorities in Baku had refused to allow the rapporteur to enter Azerbaijan to carry out his mandate for three years.) In a recent interview, Elkhan Suleymanov, a member of the Azerbaijani delegation to PACE, argued, "We worked very hard to explain to the European MPs the biased position of Mr. Strasser and the falsehoods and prejudices of his reports."

However, some friends of Azerbaijan succeeded in watering down the original text. For instance, a sentence criticizing the Azerbaijani authorities' refusal to cooperate with the rapporteur was removed from the text. The votes highlighted the kind of divisions between critics and apologists detailed in ESI's recent report "Caviar Diplomacy: How Azerbaijan Silenced the Council of Europe" (May 2012).

The report’s adoption in committee is only the first step, however. After the vote, a debate on Strasser's reports and a vote on the two draft resolutions will be held in the PACE plenary in October 2012.

In June 2012 ESI's Gerald Knaus presented our analysis of Azerbaijan and the Council of Europe at an event in the House of Commons, in interviews with media including the BBC, and at a panel discussion organised in New York by the Open Society Foundation.

Part II of our report "Caviar Diplomacy", to be released later this year, will explore the instruments Azerbaijan has used to prevent a closer examination of human rights violations inside the country and to swing opinion in Baku’s favour.