Open letter to PACE members: backing Sawicki – how to investigate corruption in Strasbourg 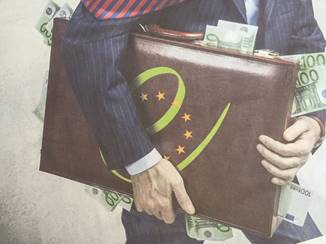 "The biggest scandal" and a strong response

On 21 March the German daily Der Tagesspiegel published an investigative article on corruption and transparency in the Parliamentary Assembly of the Council of Europe (PACE). It explained how "the biggest scandal in the history of the Council of Europe" surfaced, when Italian banks and financial authorities asked former member of PACE, Luca Volonte, about the origin of € 2.3 million, received by the former leader of the EPP party group in PACE from an Azerbaijani member of the assembly. It pointed out that this was possibly only the tip of the iceberg of caviar diplomacy:

"There are indications that only part of this scandal has been uncovered. The payments to Volonte took place from 2014 via the company Hilux Services LP, registered in Glasgow. Its owners are two companies registered on the Virgin Islands. The same person who registered the firm in March 2013 registered another dozen of similar companies under the same address and with the same owners. In addition, there are indications that almost a billion Euro were transferred by the Azerbaijani company Baktelecom to the Estonian account of the company Hilux Services between the end of 2013 and the end of 2014. This sum and the intricate network of companies, suggest the existence of a bigger system, which served not only for the payment of one deputy."

The same article describes an ongoing battle inside PACE between some members pressing for transparency and others resisting any serious investigation.

This battle has now entered into a decisive phase. At a meeting in Madrid on 3 March the secretary general of PACE, Wojciech Sawicki, presented the Bureau of PACE, its most powerful body, with a proposal it had requested on how an external and independent investigation into corruption allegations might be carried out without delay. Following the publication of the Sawicki memorandum the leadership of PACE faces a clear choice. Already in Madrid the memorandum met with resistance. Some members of the Bureau indicated that they did not wish to see it presented for debate and adoption at the next PACE session in April. The substance was hardly discussed.

This week the leaders of the five political groups in PACE meet in a small circle in Saint Petersburg to continue to discuss the memorandum. Some party group leaders appear intent to undermine its strong terms of references. If PACE wants to restore its credibility, and get to the bottom of this affair which threatens its legitimacy, this must not be allowed to happen.

The push for change

On Monday 23 January members of PACE met in Strasbourg for the first session of 2017. On that day, at the beginning of a tumultuous week, a majority in the Bureau of PACE still sought to avoid a debate on corruption allegations.

On 25 January, a declaration was put forward at the initiative of Christian-Democrat Pieter Omtzigt from the Netherlands and Social-Democrat Frank Schwabe from Germany. The Omtzigt-Schwabe declaration already gathered 88 signatures by early March. It called for an "integrity framework worthy of our institution" :

"1. Establish … an external, fully independent and impartial inquiry into all allegations of improper conduct or corruption that may have sought to influence the work of the Assembly in recent years, focusing in particular on allegations surrounding the vote on political prisoners in Azerbaijan in January 2013;

2. Ensure that the Assembly's Code of Conduct is strengthened in accordance with international best practice and … enforced by a permanent independent mechanism attached to the Assembly."

On 26 January, the Immunities Committee of PACE, chaired by Liliane Maury Pasquier from Switzerland, unanimously adopted a declaration intent "to send a clear message of zero tolerance." It called on the Bureau "to set up an independent external investigation body to assess the functioning of the Assembly and shed light on hidden practices that favour corruption." A number of national delegations demanded the same in letters to Pedro Agramunt, the president of PACE.

Finally, on Friday 27 January, the last day of the winter session, the Bureau responded. It unanimously agreed:

On 3 March 2017 Wojciech Sawicki, the Secretary-General of PACE, presented the requested memorandum "on the draft terms of reference (legal basis, composition, duration, tasks, competences)" of an external investigation body. Sawicki noted that his proposal came in response to unprecedented and broad demand by, among others, "Parliamentary delegations of Switzerland on 17 January, Luxembourg on 24 January, Denmark, Estonia, Finland, Latvia, Lithuania, Norway and Sweden in a joint letter on 25 January, Belgium, the Netherlands on 25 January, France, Germany on 26 January and thereafter delegations of Italy on 3 February and Austria on 17 February." Sawicki noted that what the Bureau had decided to do was both unprecedented and essential:

The Sawicki memorandum sets out a strong and credible proposal:

The purpose of the investigation body is to carry out a detailed inquiry into the allegations of corruption and fostering of interests made against certain members or former members of the Assembly … in order to:

- identify any practices contrary to the Assembly's ethical standards, and determine the extent thereof;

- establish, in light of these findings, whether there is sufficient proof to take action against members of former members of the Assembly …

- draw up recommendations on the measures to be implemented to rectify the shortcomings and fill the gaps in the Assembly's ethical framework."

"The investigation body shall comprise three members, independent senior figures, from institutions enjoying the highest moral reputation, having proved and acknowledged professional competence, expertise and experience in connection with the mission of the investigation body (such as ethics office, financial auditor, fraud examiner, legal processional having server as an investigator, prosecutor, judge or expert in procedures for monitoring ethical standards)."

"The investigation body … may, in particular:

- hear any witness wishing to be heard by the investigation body,

- request the assistance of any national authority of a member state,

- have access to or request the provision of any document it deems relevant for its investigation, irrespective of its form or medium – printed, manuscript, electronic, photographic, audio/video recording – or its nature – public or private.

The investigation body shall have no jurisdictional competence. It may decide to transmit the information it has gathered to any national judicial authorities, on official request, in the context of ongoing criminal investigations or proceedings, in keeping with the legal and regulatory framework of the Council of Europe."

"… the members and honorary members of the Assembly shall undertake to co-operate fully within the investigation body, in the exercise of its mission and at every stage of its investigation. They shall be required to provide any information demanded of them and any document in their possession.

Non-cooperation would be exposed:

"In its final report the investigation body shall mention any refusal to co-operate, or any refusal to disclose information or to give access to or transmit any document necessary to carry out its duties. In case of non-cooperation or insufficient cooperation, members or honorary members of the Assembly would be liable to the sanctions provided for by the Code of Conduct for members of the Parliamentary Assembly."

The report is expected to be finalised at the end of 2017.

Faced with these concrete suggestions the PACE Bureau, meeting in Madrid on 9 and 10 March 2017, did not debate the substance of the proposal. Its conclusions merely stated that it:

"took note of the memorandum prepared by the Secretary General of the Assembly and decided to invite the leaders of the five political groups to prepare a revised proposal for adoption at the next Bureau meeting." 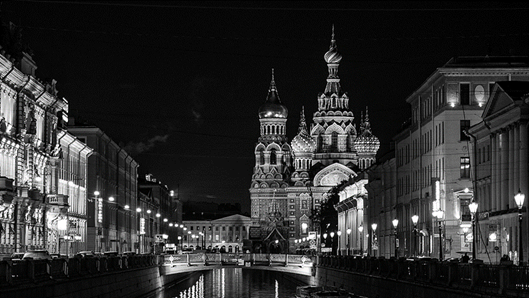 The leaders of five political groups – centre-right EPP, liberal ALDE, Social Democrats, the United European Left, and European Conservatives – are to meet on the margins of a gathering of the PACE Political Affairs Committee in Saint Petersburg on 28 March, together with President Pedro Agramunt.

Pedro Agramunt has long been an apologist of Azerbaijan and resisted any debate on corruption allegations for months. Axel Fischer, who heads both the German delegation and the EPP group, the largest faction in PACE, had asked Agramunt in a letter on 25 January not to focus on corruption in the assembly, but instead on the work of international NGOs operating in Strasbourg instead. Jordi Xucla (Spain) consistently voted with Azerbaijan on all contentious human rights votes.

The three other party leaders have spoken out for transparency recently. Michele Nicoletti (Italy), the chairman of the Socialist Group, earlier demanded "reforms in this area so that we can stand as an institution of some authority … and show that we have not lost our moral compass." Tiny Kox (Netherlands), the head of the United European Left, said that the first priority "is the corruption that may have taken place in the Assembly. This is a horrible threat to us all."  Ian Liddell-Grainger (United Kingdom), head of the European Conservatives, also advocated for an external investigation in January.

The two most likely outcomes from Saint Petersburg are thus further stalemate or, at worst, a watered-down version of the Sawicki memorandum presented as a "compromise." In fact, a gathering of a mere handful of people, many of whom have openly opposed any investigation, is the wrong group, and Saint Petersburg is the wrong place, to discuss the response to potentially the biggest scandal in the history of PACE. This debate should go back to the place where the pressure to deal with the allegations came from: the full PACE plenary in April.

This belongs to the plenary

On 25 January, within a few hours, 64 parliamentarians supported the declaration in favour of a strong, external and independent investigation. The signatories included two former PACE Presidents, Anne Brasseur (Luxembourg) and Jean-Claude Mignon (France). By early March 88 PACE members had signed the declaration. 27 out of the 47 Council of Europe member states are represented among the signatories.

In theory, a strong response to corruption allegations should not be controversial, and the leaders of EPP and Alde in PACE should also support it, whether they believe certain allegations are true or not. The EPP's Action Plan until 2019 is unequivocal: The fight against "corruption and money laundering are top priorities … We have to put an end to corrupt and non-transparent practices … An ethical environment must be cultivated." The ALDE honorary president in PACE, Anne Brasseur (Luxembourg), noted that "we simply cannot sweep things under the carpet and turn a blind eye" on corruption. ALDE members across Europe, from Danish Venstre to the Swedish Centre Party, from the Estonian Reform Party to Spanish Cuidadanos, argue for transparency.

There is also an obvious way for more members of PACE to make clear that they do not accept any cover-up: they can still sign the declaration supporting a strong and independent investigation. So far, no PACE members from the following countries have signed the declaration: Albania, Andorra, Armenia, Azerbaijan, Bulgaria, Croatia, Czech Republic, Iceland, Lichtenstein, Macedonia, Malta, Monaco, Montenegro, Poland, Portugal, San Marino, Slovenia, Spain, and Turkey.

At the same time it is crucial to insist on a debate on the Sawicki proposal in April. The debate on corruption and transparency in PACE must not take a wrong turn in Saint Petersburg. It is in Strasbourg that this affair began, and it is there that it should be resolved. It is the members of PACE that pushed the bureau to act, and it is they who should have the word to discuss the memorandum put before them by Sawicki.