Strasbourg – Side event at the Council of Europe: Following up on political prisoners in Azerbaijan

ESI's Gerald Knaus spoke at a side event at the Parliamentary Assembly of the Council of Europe on the occasion of the 10th anniversary of the PACE debate on political prisoners in Azerbaijan on 23 January 2013. The vote back then was historic because of its outcome: PACE rapporteur Christoph Straesser's resolution was defeated – 125 votes against 79 votes, with 20 abstentions – sending a very strong signal of support to the authoritarian regime in Baku.

In his presentation, Gerald recalled the 2013 scandal, described the fight to address it since and explained what lessons to draw. He also made concrete proposals how to apply the definition of political prisoner to ensure that there are no political prisoners in any Council of Europe member state. He said that there is consensus among members of the Council of Europe that no member state should have political prisoners. To achieve this goal, he suggested the implementation of a new mechanism that would identify instances of systemic violations by member states and assess the consequences of such violations. Gerald spoke on a panel together with German MP Frank Schwabe and Dutch MP Pieter Omtzigt with whom he had already spoken at a PACE side event in 2017.

In his meetings, Gerald was joined by ESI analyst Yusuf Tatli. 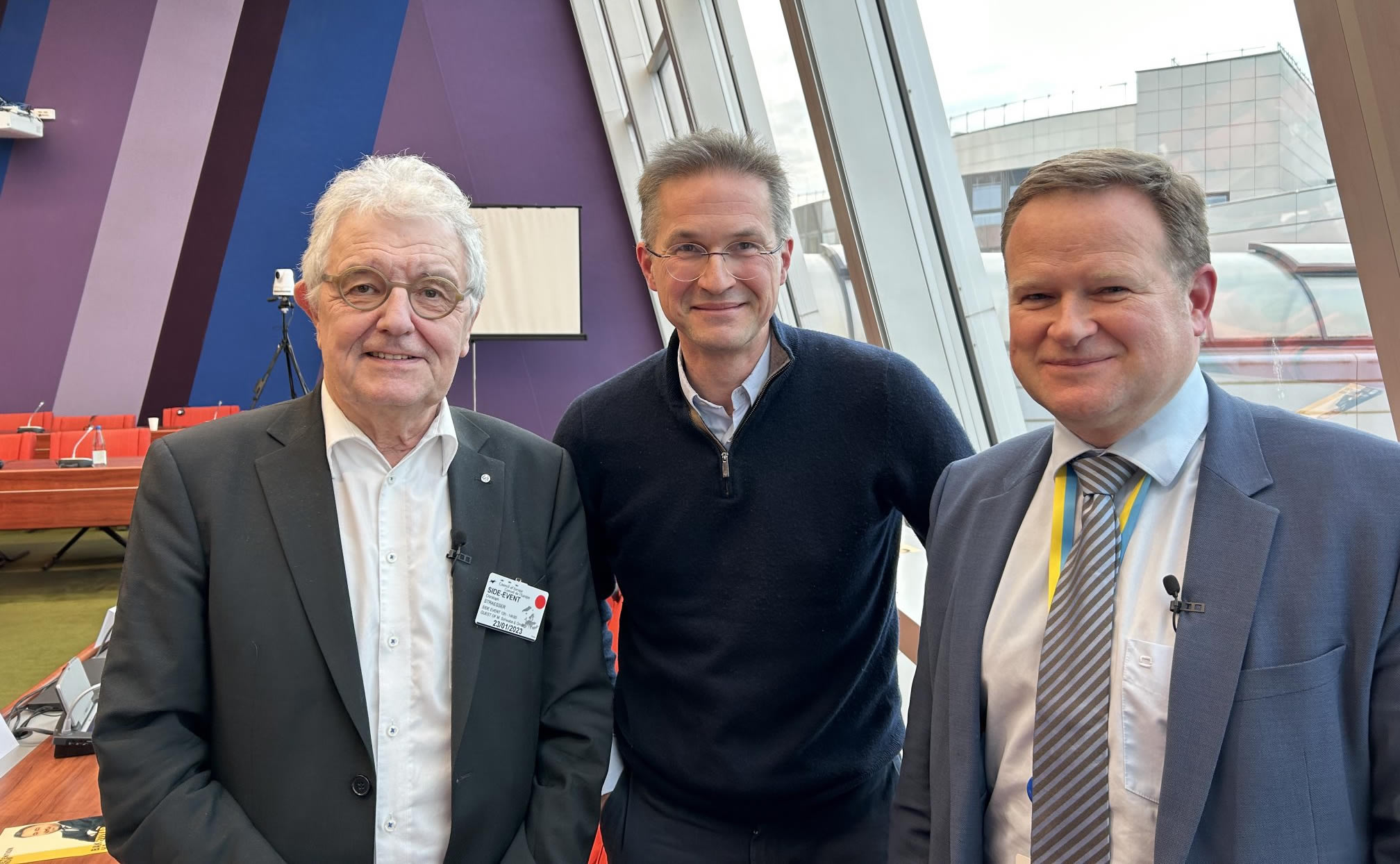 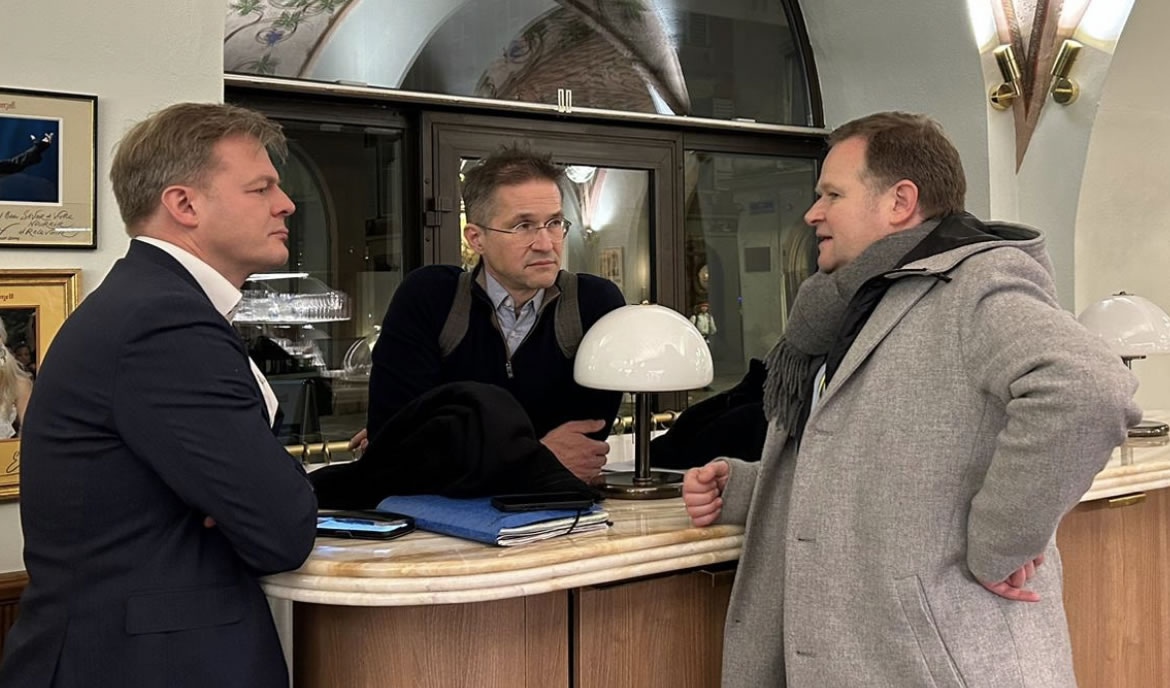 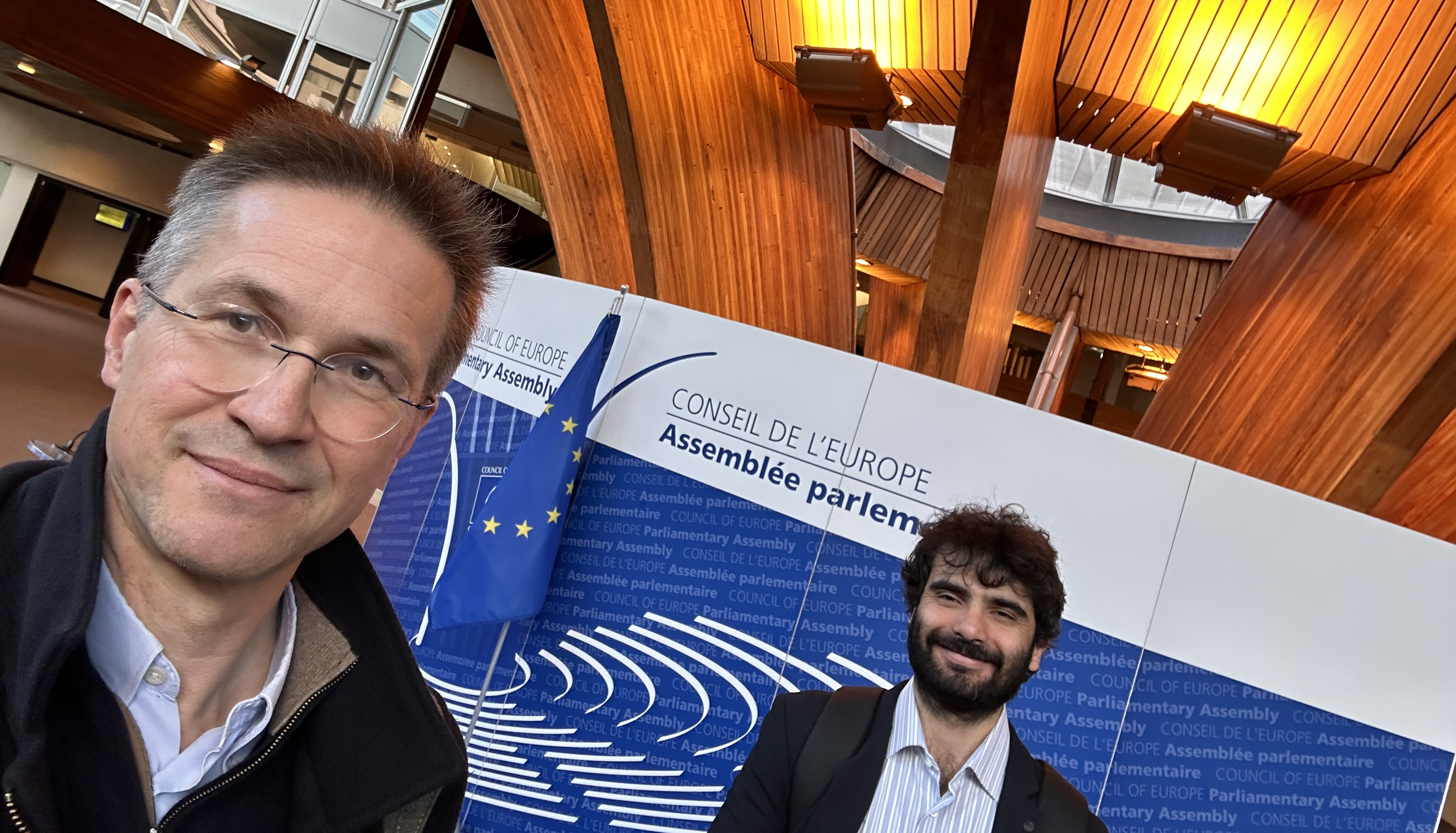 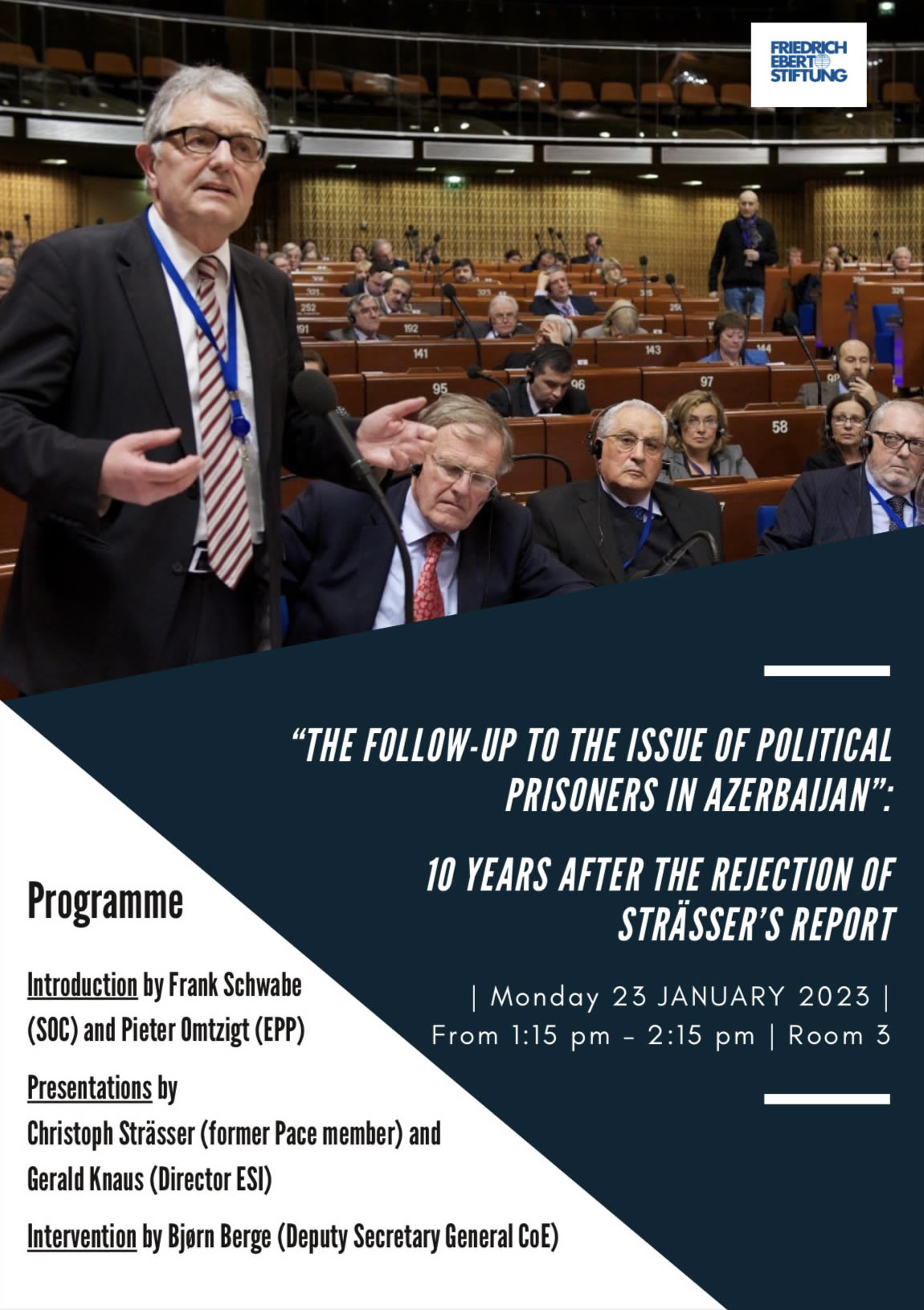