In recent days ESI continued to make the case for the Merkel-Samsom plan as a response to the current refugee crisis across Europe, from Athens to Vienna, from Rome to Istanbul.

Perhaps the most important recent presentation took place on 26 February in Ankara. There, we argued why the success of the Merkel-Samsom plan was also in the interest of Turkey. In February 2016 some Turkish analysts, including Kemal Kirisci, a leading expert on asylum, refugees and Turkey-EU relations, backed these ideas (Kirisci published a paper on this for the European Policy Center).

Two weeks later, in the evening of 6 March 2016 in the Turkish Embassy in Brussels, Turkish prime minister Ahmet Davutoglu presented a proposal to Angela Merkel and Mark Rutte. Turkey offered to take back everyone who reached Greece, asked for accelerated visa liberalisation in return, and insisted on resettlement of Syrian refugees from Turkey to the EU.

The next day, 7 March, some EU leaders were wondering where these new Turkish ideas came from. In fact, the Merkel Plan had been known for many months to Turkish diplomats and had been widely discussed in Turkish media. All the relevant ESI reports had been translated into Turkish.

Now, on the eve of another decisive EU-Turkey meeting this week, the European Commission published a communication which "warmly welcomed the additional proposals made by Turkey." It set out core principles, including on readmission:

"The return of all irregular migrants and asylum seekers from Greece to Turkey is an essential component in breaking the pattern of refugees and migrants paying smugglers and risking their lives. It is self-evident that the arrangements for such returns … can only be carried out in line with the refugee protection safeguards that have been put in place in international and EU law."

The Commission stressed, with arguments similar to those made by ESI in October 2015 ("Turkey as a Safe Third Country for Greece"), that there is "no question of applying a 'blanket' return policy, as this would run contrary to these legal requirements." Many human rights organisations had rightly warned that this would be illegal, but wrongly assumed that this was foreseen. As Nils Muiznieks, Council of Europe commissioner for human rights, put it this week:

"International law does not call into question a country's right, in principle, to repatriate people who do not need international protection. But it does prohibit actions that are incompatible with states' obligations under those conventions."

"replace, quickly, irregular flows of migrants travelling in dangerous conditions across the Aegean by an orderly and legal resettlement process."

The Commission added that:

"On the understanding that Turkey takes the necessary measures to fulfil the remaining requirements, the Commission will make the legislative proposal to lift the visa requirements for Turkish citizens at the end of April 2016."

And it concluded that "whilst some important steps are still needed, the means both legal and practical exist to initiate the new arrangements as a matter of urgency."

Assume for a moment that the EU and Turkey agree on such a plan this week in Brussels; would this constitute a breakthrough? On paper, certainly. However, major problems remain concerning two key components of this plan: readmission and resettlement.

First, readmission. Even if Turkey agrees to accept the rapid return of those crossing from Turkey into Greece, the single biggest practical problem remains one which the EU was familiar with for a long time, but did not address yet seriously: the state of the Greek asylum system.

It is crucial to stress, again and again, that any readmission must happen in accordance with EU and international law on the rights of refugees. As Kenneth Roth from Human Rights Watch put it, each claim should be "given careful consideration."

The problem with this is that this is in fact a meaningless commitment unless it is accompanied by a dramatic strengthening of the ability of the Greek Asylum Service to implement it. In a recent paper (published by Forced Migration Review) in January 2016 Maria Stavropoulou, its director, wrote that:

"case workers can reasonably be expected to issue no more than a few dozen decisions a month … in a situation, however, where thousands of people arrive every day in a country … these requirements are simply impossible to meet. For instance, the Greek Asylum Service can currently process at most 1,500 applications a month if it wishes to respect all of these requirements – which is less than half of the average daily inflow of refugees on the Greek islands at the time of writing this article."

Some human rights organisations argued that the impossibility of conducting a full review of all individual applications makes any deal with Turkey impossible. In fact, the situation for individual asylum seekers in Greece is even worse if there is no deal at all.

The current dramatic shortage of resources means that for all practical purposes the right to an individual review of asylum applications has already vanished for the vast majority of those who arrive in Greece today. In the three winter months (December-February 2016), some 230,000 people arrived in Greece from Turkey. At a rate of processing 1,500 applications a month, such a number would take more than twelve years to process 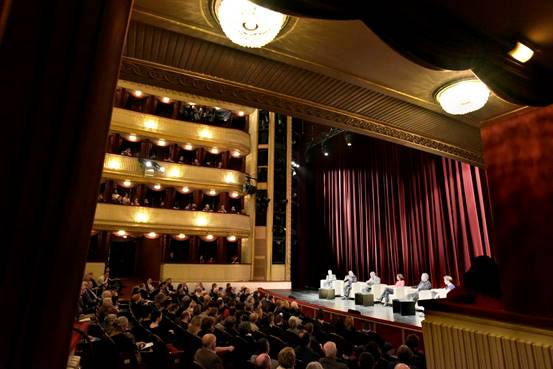 Debate on refugees in the Vienna Burgtheater 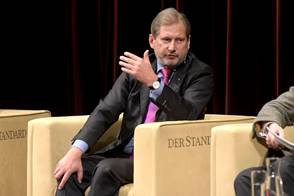 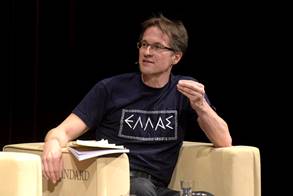