2014 was a year of protests: from Ukraine to Bulgaria, from Bosnia to Macedonia. Some protests had dramatic consequences: in Ukraine, after snipers took aim at a crowd of demonstrators, the president fled the country and a new era began. Other protests triggered early elections, as in Bulgaria. And some protests, such as those in Bosnia, made headlines for only a moment, changing almost nothing.

Let us begin our end of year newsletter with some reflections on protests, and two new ESI publications. 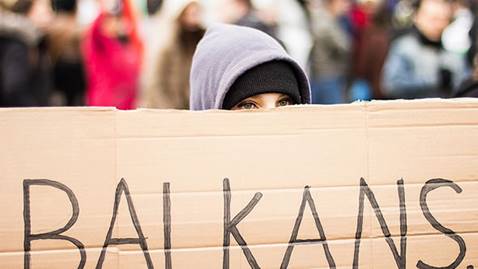 Bulgarians are the least happy people in Europe. At least according to the latest World Happiness Report that ranked Bulgaria 144th out of 156 nations, behind Iraqis and Afghans, Congolese and Haitians. Last year Bulgaria made international headlines when young people killed themselves in spectacular ways in public places. In March 2013 a young man set himself on fire in Varna to demand the resignation of the mayor. Five others did the same in early 2013. In November 2014 a woman tried to set herself ablaze outside the president's office.

Bulgaria also remains the poorest EU member state, with the GDP per capita less than half of the EU average. Almost a quarter century has passed since Bulgarians first held democratic elections in 1990 and began their transition. Within the European Union Bulgaria has long been cited as an example to illustrate the limits of the transformative power of the EU.

Today more than eight in ten Bulgarians (84 percent) tell Eurostat that corruption is widespread in their country. Has the process of EU enlargement as a motor of change failed in Bulgaria, as the conventional wisdom in many EU capitals suggests?

In a new essay in our 12-part series "Return to Europe Revisited", supported by ERSTE Stiftung in Vienna, we take a closer look:

Transition and happiness – a Bulgarian paradox?

We conclude that the narrative of Bulgaria's failed transition, and its image as hopelessly poor, corrupt and desperate, is unconvincing.

Bulgaria's pessimism is also not the pessimism of an apathetic society. Dissatisfaction with the present instead turns into a motor for further change and transformation. In recent years Bulgarians have increasingly taken to the streets. There have been protests against shale gas exploration, the construction of a new nuclear power plant, amendments to the forestry law favouring the timber industry and planned construction in the "Strandzha" natural park. In early 2013 there were mass demonstrations against a rise in electricity prices and against the mayor of the coastal city of Varna. In summer 2013 tens of thousands demanded the resignation of a newly appointed head of the State Agency for National Security. These protests continued until mid-2014. What is striking is that these protests had an impact and are driven by the desire to catch up.  As Georgy Ganev, a Bulgarian economist, explains, "Once a Moskvitch was better than a Trabant or a Zaporozhets. Now an Opel is much worse than a BMW." This is unlikely to change any time soon. For now, there is still a lot of life left in Bulgarian pessimism. 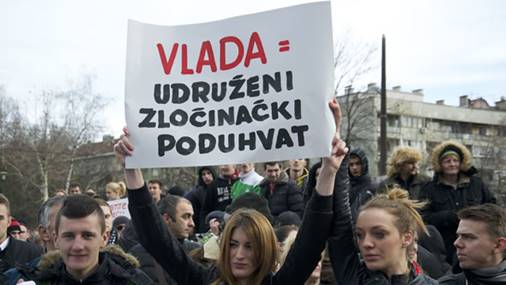 On 7 February 2014 violence broke out in Tuzla, the regional capital of Tuzla Canton in Northern Bosnia. War veterans, unemployed youth and football supporters of the local club took to the streets. The core group of protestors were former workers in socially owned enterprises. Demonstrators entered the cantonal government building and set it on fire. The same day violent clashes spread to other Bosnian cities, Zenica, Sarajevo, Mostar and Bihac. Already on 7 February Tuzla protestors published a declaration that stated that "Today in Tuzla a new future is being created."

A group of protestors in the city of Bihac called itself "Bosnian spring." The people, one observer noted, "had been sleeping for two decades," but had now woken up. "Politicians have been drinking our blood", one protestor told a journalist, "If we shed some of their blood in the process, so be it." In fact, nobody died, although hundreds of people, among them a large number of police officers, were injured.

After February citizens' assemblies sprang up in city after city. And they formulated demands. In Tuzla protestors called for the "establishment of a technical government" of people who had never been in government before, to be chosen by "workers and students." This government of experts was to annul the privatisation of a number of specific firms in the canton and to "return factories to workers… to start production in those factories where it is possible." Other demands focused on paying outstanding social security contributions to former workers in socially owned enterprises, and to look better after the interests of veterans. As we argue in a new report, this was a thinly veiled call to return to the golden era of socialist self-management:

Protests and Illusions – How Bosnia and Herzegovina lost a decade

For this reason we are also reissuing a shorter version of a report we published one decade ago. In fact, Bosnia has lost much more than a year in lack of progress. It is currently the only country in the Balkans where a report written to describe how development was failing in 2004 remains completely relevant in 2014, since so little has changed.

The biggest challenge for leaders in Bosnia in 2015 will be to carry out reforms in the face of strong illusions about the causes of the Bosnian development crisis.

NEW Rumeli Observer on a winter of discontent:
Bosnians care but will protests change things?

Fear of Protests – Cynics and Autocrats

2014 was also a year of increasing repression by regimes that feared any protests might expose their shaky legitimacy.

The Azerbaijani regime ends this year as the country with the largest number of political prisoners in Europe. A recent analysis notes that nowhere in the world outside of North Korea is there currently more repression of the media. In August, after the key human rights defenders, Rasul Jafarov and Leyla Yunus, who had worked on a list of political prisoners in Azerbaijan, were arrested, ESI helped Khadija Ismayilova edit and put out an English version of this LIST. The year ended with Khadija's arrest and detention on trumped-up charges.

2014 was a year of dissent. Twenty-five years ago this month Andrey Sakharov died in Moscow. But his legacy – now under direct threat even in his native Russia – has never been more relevant since the end of the Cold War. While a new monument was built in his honour in Nizhny Novgorod, the organisation he and his associates created, Memorial, is under threat. 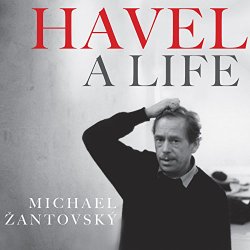 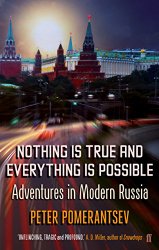 Two striking publications sum up the challenge of this new age of dissent. One is an article by Peter Pomerantsev on The Hidden Author of Putinism. The ideological foundation of the new autocracies in the East is the most universal of -isms: cynicism, the belief that there are no values at all except power and manipulation:

"Everything is PR" has become the favorite phrase of the new Russia; my Moscow peers were filled with a sense that they were both cynical and enlightened. When I asked them about Soviet-era dissidents, like my parents, who fought against communism, they dismissed them as naive dreamers and my own Western attachment to such vague notions as "human rights" and "freedom" as a blunder. "Can't you see your own governments are just as bad as ours?" they asked me. I tried to protest—but they just smiled and pitied me.

The second book of the year is a remarkable biography: Michael Zantovsky's Havel A Life. This is the story of an activist, who signed petitions, led protests against one of the most repressive regimes in Europe at the time, went to jail and remerged to lead the transition to democracy. As president he then ceaselessly advocated for one Europe, whole and free, and for both NATO and EU enlargement. It is also the story of a writer who expressed the anti-cynical convictions of dissent in the most inspiring essays of the era. Between the cynicism of Putin and the courage of Sakharov and Havel – "political technology" and the "power of the powerless" – lie the moral choices for European politics in 2015.

Education in Kosovo – a Matter of Books 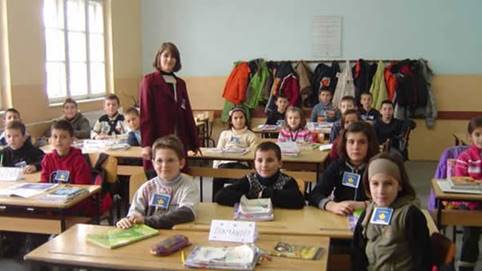 In 2014 ESI looked closely at the future of basic education in Kosovo, in a project supported by the Swiss Federal Department of Foreign Affairs. A new paper spells out our convictions and some of our findings so far:

Kosovo has the youngest population in Europe, with half its population under the age of 26. A quarter of the population is in schools at any given time. In the coming decade, these students will be leaving schools and will face a most uncertain future. These young people should be Kosovo's golden generation, the first generation to grow up under conditions of both peace and democracy. It could also become Kosovo's lost generation, with its hopes crushed by the worst labour market for the young on the whole continent.

In our paper we draw particular attention to the issue of textbooks. Textbooks are free. Little else is. There is very limited supply of other teaching material. One only needs to visit a number of school libraries to see the problem. Publishing houses from Albania have published some new literature, and translated a few books from Spanish and English (for younger children) for sale in bookstores in urban areas. But the prices of books are high for an average Kosovar family, particularly for families living in rural areas. In families without books at home, books in the classroom are most often the only books available to children.

Free textbooks are essential to give a structure to the whole pedagogical process. Given how important they are for students and teachers the quality of textbooks has received very little attention. In an environment as starved of good and easily available children's literature as today's Kosovo, books in school (both textbooks and additional reading) are key if children are to acquire good reading skills and a lifelong taste for reading.

Currently there are no plans to review existing books. Neither are there any programs to translate and stock school libraries with good children's literature. Nor is there a systematic study whether the current literature, that students read in school, increases their life-long interest in reading. We hope that this will change in 2015.

Thank you and best wishes

ESI is not a large organisation – 2.5 administrative staff, 6 analysts and 5 fellows and junior fellows in 2014. We depend on others to reinforce and share whatever we publish or present.

This is why we sincerely want to thank you, our readers. For reading, sharing and responding to our ideas and publications. We look forward to share more ideas with you in 2015 – in pursuit of the vision of one Europe, whole and free.

How the EU lost Macedonia

The crisis of enlargement policy:
January in Brussels – November in Belgrade.

How Turkey's courts are failing

How isolated are Turkey's students?

How the Council of Europe is failing