Fire in the Aegean – Scenario of failure – How to succeed 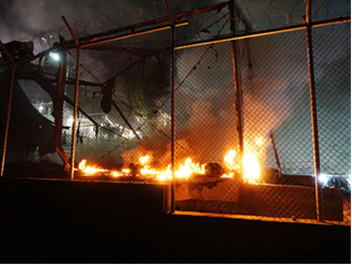 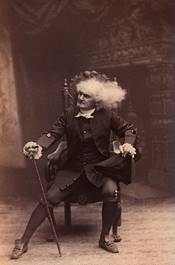 This weekend ESI published an update on the state of implementation of the EU-Turkey agreement on refugees in the Aegean: what has worked, what has failed, and what is to be done:

Pangloss in Brussels
How (not) to implement the Aegean Agreement

What has worked so far

The EU-Turkey agreement was concluded six months ago, on 18 March 2016. It had a dramatic and immediate impact on refugee movements in the Eastern Mediterranean.

Crossings in the Aegean Sea fell from 115,000 in the first two months of the year to 3,300 in June and July. The number of people who drowned in the Aegean fell from 366 people in the first three months of the year to seven in the three months from May to July. This was achieved without diverting refugees to take alternative, more dangerous routes. There have been no mass expulsions either; in fact, more people had been sent back from Greece to Turkey in the three months preceding the agreement than in the six months since it was concluded. This impact stands in a sharp contrast to the situation in the Central Mediterranean. 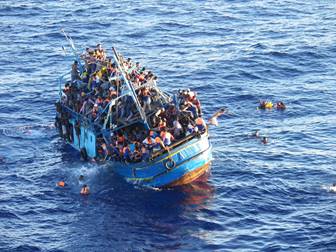 In the absence of a European strategy – Central Mediterranean

So all is well? Alas, no. Six months old, the agreement may be about to collapse because of inadequate implementation and lack of the right focus, with highly detrimental consequences for Greece, the Balkans, the EU as a whole and the UN Refugee Convention.

Between April and September, 15,372 people arrived on the Greek Aegean islands, while 578 were returned to Turkey. Compared to arrivals, the number of returns is minimal.

For more see tables below

This is fuelling tensions. On 19 September, there was a fire in the seriously overcrowded Moria camp in Lesbos. The week before, there were demonstrations in the island's main town, Mytilene. There have been many protests on all islands, including large demonstrations on Chios. This situation has prompted the Greek government to consider moving a large number of people from the Aegean islands to the mainland or to other islands, such as Crete. Such a step would be like pulling a key building block out of a Jenga tower, risking the whole tower to collapse.

What happens if the agreement fails? Here is a realistic scenario. The Greek authorities, under pressure and without an answer for islanders who fear that Lesbos and Chios are turning into a European Nauru (the Pacific island where Australia sends people who arrive by boat) move ever larger numbers of people from the Aegean islands to the mainland. This leads to steadily rising numbers of people crossing the Aegean, as it becomes clear that very few people are going to be returned to Turkey. Smugglers, fully aware that their business model depends on large numbers crossing daily, further lower the price to entice more people to get on boats. Once more people are moved to the Greek mainland, the humanitarian situation for refugees there deteriorates further.

The Turkish authorities, frustrated by what they see as an EU failure, blame the EU for increasing the pressure on its coast guard. European institutions and other governments in turn blame Greece. Calls by populist leaders in the rest of the EU to build a stronger wall north of Greece redouble. Under such conditions the pressure on Greece's northern border increases dramatically. Already now, the number one topic of conversation among migrants stranded on the Greek mainland is the cost of getting smuggled across the Balkan route, either via Macedonia or Bulgaria. It is hard to imagine Greece making a major effort to stop people from leaving the country if its government and people feel that they are left alone by the EU. The weak Macedonian reception and asylum system collapses within weeks as more people cross the border. Serbia faces a similar crisis.

As winter sets in, the Western Balkans turn into a battleground for migrants, smugglers, border guards, soldiers and vigilante groups, destabilising an already fragile region. And ever larger numbers begin to arrive again in Central Europe.

Such a scenario would be a devastating blow to those leaders in Europe who argued that it is possible to have a humane and effective EU policy on border management while respecting the refugee convention. Against the background of a dramatic humanitarian situation in Syria – with events in Aleppo requiring more, not less, support to Syrians trying to escape the hell of their country – a debate in the EU on the future of asylum, dominated by anti-refugee political parties, would be a disaster. It would also be a huge blow to already tense EU-Turkish relations.

For UNHCR this would also be a moment of existential crisis. 2017 could become the year in which the promises of the 1951 Refugee Convention drown in the waters of the Mediterranean. Given how much is at stake in the Aegean today, for the EU, Greece and Turkey, for the refugee convention and the prospects of a humane policy on borders, for refugees and EU citizens, every effort should be made to avoid such a turn of events.

… and how to succeed – four measures

Greece, Turkey, the EU, UNHCR, NATO, the Western Balkan states, indeed all countries of transit and arrival, have an interest in the success of this agreement. What is missing is not a shared interest in success, but the right implementation strategy.

ESI has made a number of concrete proposals in recent months. These address the situation in Greece, in Turkey and the overall management of and communication about the agreement.

The EU and Greece create conditions that would allow sending a European asylum mission of case workers, interpreters and support staff to Greece, including at least 200 case workers that can take binding decisions on asylum claims.

The principle is clear: in times of crisis, only a concentration of case workers, interpreters and reception officers are able to ensure quality standards for assessing protection requests, while addressing them speedily. No national asylum system can do this on its own. It would be unfair to blame Greece for being unable to deal rapidly with asylum requests of the tens of thousands of people it currently hosts; it would be unreasonable for Greece not to ask for more help than has been provided so far.

One argument against such a mission which ESI heard in recent months has been concern about sovereignty. This concern can be addressed in the following manner:

In 2017 the mandatory EU-wide relocation schemes could be linked to the work of such EU asylum missions in Greece and Italy. At the same time the EU would declare a cap for all annual relocations. In case of a 40,000 cap for relocation per year, and using the relocation quotas established in summer 2015, Hungary would have to accept at most 800 people a year; Poland less than 2,700 people. This small number is a concrete expression of EU solidarity and the entry ticket for continued Schengen participation. Beyond this, the Commission forgoes more ambitious mandatory relocation plans.

Relocation cannot substitute for an effective border management strategy; but embedded in a credible strategy, and assuming effective implementation of the EU-Turkey agreement, an annual relocation ceiling of 40,000 would be realistic.

Today the EU has the worst of all worlds: high relocation targets (160,000 since last autumn) and low relocations in reality (less than 6,000 so far from Greece and Italy). This policy is both ineffective and an easy target for critics around Europe.

The Commission should address substantive concerns raised by the Greek asylum service concerning Turkey as a safe country. These concerns can be addressed by Turkey. Turkey, in cooperation with the EU, UNHCR or an independent Ombudsperson for the EU-Turkey agreement, should set up a credible verification mechanism and make transparent what is happening to every person returned from Greece, and how it intends to follow up on this. EU leaders in turn should confirm that this becomes the key condition for visa liberalisation before the end of the year.

It is a matter of political will and management for the EU, Greece and Turkey to be able to deal with the few thousand asylum seekers now on the Aegean islands in line with international norms and EU directives, and to implement the Aegean agreement.

The EU should immediately appoint a (senior) special representative for the implementation of the EU Turkey agreement – a former prime minister or former foreign minister, with the experience and authority to address urgent implementation issues on the ground. A central responsibility of this Special Representative would be to communicate clearly and constantly with different audiences: citizens on Greek islands and the Turkish public, media, human rights organisations and governments.

For the Turkish government the stakes are high. A collapse of the Aegean agreement would be terrible for relations with the EU. Ankara does not want to fight smugglers in a fruitless battle along its Aegean coast. Nobody wants to see more dead children wash up on its shores. Turkey has a strong national interest in stopping anti-refugee, anti-Muslim parties from getting even stronger IN the elections that will be held in key EU member states in 2017. And given the terrible situation in Aleppo, Turkey and the EU should discuss how to help more people escape from Syria. For this, a success of this agreement – and the start of substantial resettlement from Turkey – is crucial.

Three tables: what is going wrong

Daily Arrivals from Turkey in 2016

The second table looks at capacities to receive migrants and asylum seekers on five Aegean islands:

The third table shows the number of people returned to Turkey since early April:

NRC Handelsblad, Stéphane Alonso, "Falen van deal met Turkije is geen optie" ("A failure of the EU-Turkey deal is not an option") (27 September 2016)

Foreign Policy, Sumi Somaskanda, "Can This Man Save The Europe-Turkey Migrant Deal?" (9 September 2016)

The Times, Madeleine Albright, "The migrant catastrophe is America's problem too" (3 June 2016)