Travails of the European Raj 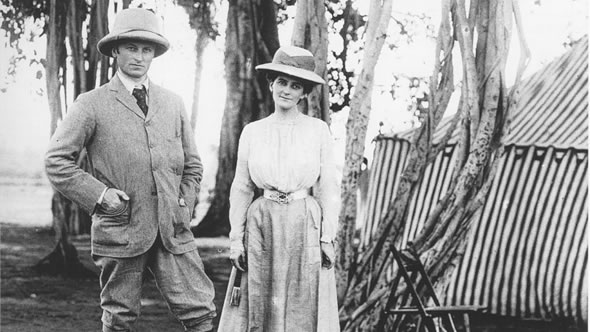 Please go to the Journal of Democracy's website for the entire article by Gerald Knaus and Felix Martin.

Excerpt from "Travails of the European Raj"

Each successive chief of the OHR has used the Bonn powers more frequently. Westendorp (1997-99) handed down an average of four impositions a month, a figure that Petritsch (1999-2002) tripled. The rate has nearly tripled in annual terms as well: The year 2001 saw 54 OHR decisions, while 2002 witnessed 153 such actions.

On 4 April 2002, the OHR summarily suspended every single judge and public prosecutor in the country, "pending the restructuring of the judicial system." On 14 June 2002, the FBiH finance minister was removed on the grounds that he had failed to stand down despite allegations of involvement in a procurement scandal. The head of the BiH's intelligence agency was fired without the public presentation of any evidence. As 2003 began, the PIC granted the OHR expanded powers to veto nominees for numerous posts across a wide range of ministries and agencies. A few weeks later came word that the newly formed European Union Police Mission, which had taken over from the UN International Police Task Force, would have the power to recommend removals to the OHR.

These examples underscore the two dynamics that have characterized the international mission in Bosnia.

First, there are the moving goalposts. In the early days of the protectorate, its stewards described their challenge as the establishment of law and order and basic public institutions. As those aims were met, the nationalist parties emerged as culprits in the failure of Bosnian democracy. Once they lost power, general crime and corruption (and, as occasional references since September 11 would have it, "terrorism") became the difficulties in Bosnia. Like Proteus in the Greek myth, every time it appears to have been defeated, the problem with Bosnia changes shape.

The second dynamic has been the way in which the OHR's powers have expanded to meet each newly defined challenge. Along a path punctuated by crises, the OHR's autocratic powers have grown in scope and severity from nothing at all, through powers to impose sanctions and the interim laws designed to support the Dayton process, to absolute powers over an open ended spectrum of issues. The OHR's mission, mandate, and powers have been continually reshaped in response to changing perceptions of why Bosnia requires an OHR which is another way of saying, why Bosnia is not deemed fit for democratic selfgovernment.

What, then, is the true justification for the extraordinary powers that the international mission enjoys? The conditions that obtained in 1996 and the conditions that obtain today are separated by a gulf too wide to be bridged by the assertion that both represent a state of emergency that only a decisive and unquestioned authority can handle.

When the High Representative today speaks of an "emergency," he refers not to hatefilled radio broadcasts inciting violence against peacekeeping troops but rather to inefficient tax collection, the excessive regulation of private business, corruption in the public utilities, or technical drawbacks that make the court system less efficient than it otherwise might be. When he speaks of enemies of the Bosnian state, he means not armed paramilitaries committing premeditated arson but businesspeople evading sales taxes or politicians implicated in procurement scandals.

In fact, the history of the international mission in Bosnia suggests that its affinities with the British Raj in early nineteenth century India are more than superficial.

While the Bonn powers were conceived as emergency powers to confront concrete threats to the implementation of the peace accords, they have today become the regular instruments of an open ended attempt to develop institutions by decree. The OHR has been allowed to evolve into a latter day version of the Utilitarians' "vigourous despot," assuming ever wider responsibilities in the name of preparing society for self governance. Far from planting the seed of democratic politics in Bosnia's postcommunist political culture, this transformation implicitly teaches that technocratic rule at arm's length from the people is perfectly good governance after all.

This disappointing conclusion raises a further question. On the one hand, the early days of the Bosnian mission clearly demonstrated that some coercive powers were required in order to enforce the peace agreement. On the other, the introduction of these powers has led to the creation of a European Raj.

Does this mean that there was an inherent contradiction between the demands of democratization and the imperatives of peace building in an unstable environment? Or is there a way to institute extraordinary powers such that they do not expand indefinitely?