The Hypnotist – Aleksandar Vucic, John Bolton and the return of the past 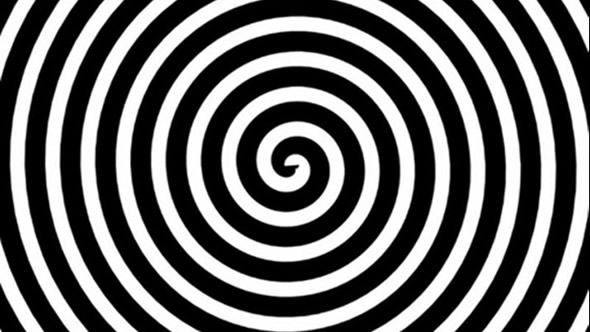 The full version of this paper is available in PDF format.

It is remarkable how little change there has been in the key personnel in Serbian politics since the fall of Slobodan Milosevic in 2000. It is not surprising, therefore, that the old nationalist idea of redrawing borders on the basis of ethnicity has continued to be so prominent. What is surprising is the recent success that Serbian president Aleksandar Vucic has had in repackaging this old idea as progressive, non-conventional, out-of-the-box thinking. Why not, the siren song goes (again), adjust some borders along ethnic lines, as long as the process is negotiated peacefully and leads to reconciliation?

When presenting the case for new borders Aleksandar Vucic talks a lot about the need to be realistic. He wants Serbia to be "smart" and to "take whatever it can." He insists "on peace and stability, on negotiations and a solution, because we should not leave the problem to our children and grandchildren." But what are the problems that Vucic proposes not to leave to the next generation? In February 2018 Serbia's minister of defence, Aleksandar Vulin explained that his country's priority was "to stop 'Greater Albania' after a century of expansion." Serbia needed "a permanent and firm demarcation between Serbs and Albanians on the territory of Kosovo." In August 2018 president Vucic described Kosovo as a powder-keg in which both sides were just waiting to attack at any moment:  "Everyone will wait for an opportunity to strike the other in order to achieve an advantage on the ground." In November 2018, Vulin explained that, in fact, Greater Albania was already emerging. In February foreign minister Dacic explained on television: "Let us be clear about one thing, people: if there is an attack on Serbs in North Kosovo, we will have to defend them militarily, not with prayers. We must be aware of that." That same month president Vucic explained that the conflict in Kosovo "was no longer a frozen conflict … Big armed clashes might erupt at any moment."This sharp rise in tensions coincides with rising fear among minorities across the region, and growing concern among Serbia's Balkan neighbours. After two decades of peace Europe is sleepwalking into another Balkan crisis.

So what needs to be done? The European Union should immediately close the Pandora box of further talks on redrawing Balkan borders. It should reaffirm the principles that led the EU to open accession talks with Serbia in 2014, which included the gradual normalization of relations with Kosovo. It should warn Aleksandar Vucic that the war-mongering by Serbian government ministers has to stop. Threats to intervene militarily in North Kosovo are unacceptable. Germany, France and other EU members should make clear that they are also prepared to take more responsibility for security in the Balkans, if at any moment the US president decides to withdraw all US troops.

At the same time the European Union should offer Serbia, Kosovo and all other Balkan countries the prospect of real, tangible progress. As full membership remains unlikely for any accession country before 2025, a concrete, ambitious and meaningful goal could be set for all Western Balkan countries: to meet the required standards to become full members of the EU's common market by 2025. In parallel countries should gradually be included in EU regional and cohesion policies. The EU should also support the region moving towards a Western Balkan Schengen area by 2030, with the concrete goal that by then all Balkan borders should become invisible. This, and minority rights, rather than changing borders to get rid of minorities, should transform borders in the region.

In addition, to remain credible in Pristina, European countries should take two long overdue steps: to lift the visa requirement for Kosovo citizens, as the European Commission and the European Parliament have recommended; and to support Kosovo in applying and joining the Council of Europe, with protection of minorities in Kosovo a key requirement of post-accession monitoring.

The EU also needs to send a strong signal to countries and leaders who reach out to their neighbours and minorities and resolve difficult issues in a true spirit of reconciliation. The strongest signal would be to begin accession talks with North Macedonia without delay in summer 2019.