Discussion paper: Legal Dynamite - How a Bosnian court may bring closer the end of the Bosnian protectorate 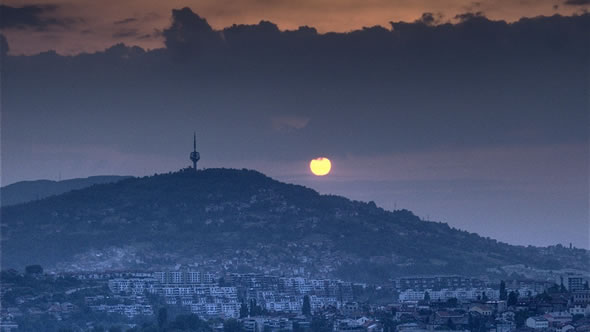 Constitutional Court of Bosnia and Herzegovina: Decision on admissibility and merits in the case Milorad Bilbija and Dragan Kalinic, AP-953/05, 8 July 2006, published in mid-February 2007

On 27 February, diplomats representing 55 governments and international agencies met in Brussels as the Steering Board of the Peace Implementation Council (PIC) for Bosnia and Herzegovina. They decided to prolong the international protectorate of the country until June 2008, although they had initially planned to close it down this coming June. This means that the extraordinary powers of the High Representative, who is also the EU's Special Envoy, to impose legislation and to dismiss public officials have been extended as well. The Council also decided not to renew the mandate of the current High Representative, German politician Christian Schwarz-Schilling, whom influential PIC members accuse of not using his powers aggressively enough.

Press coverage of the Council meeting tended to focus on the extension of the international protectorate and the non-renewal of Schwarz-Schilling's mandate. Even most of those who follow the Balkans closely have missed the larger issue, which is hidden behind the PIC's warning: that the international community is squaring up for a major battle with Bosnia's constitutional organs. This potential clash could seriously damage international political authority and moral credibility, as well as have grave consequences for Kosovo and future European peace-building missions elsewhere. It is this threat and what it tells us about declining European `soft power' in the Balkans that is the real story of the latest PIC meeting.

In a judgment passed in July 2006 but published only a few weeks ago, Bosnia's Constitutional Court ruled that the absence of a right of appeal for individuals sacked by the High Representative and deprived of their civic rights by him (including the right to stand in elections, to receive unemployment benefits, and to work for public companies) is a violation of the European Convention on Human Rights, which under the Bosnian Constitution is the highest law of the land. The court acknowledged Bosnia's obligation to respect the High Representative's decisions, which have been endorsed by the UN Security Council. However, it also found that the primary obligation of Bosnian officials and institutions was to obey the constitution.

The court's decision has huge implications: over the years hundreds of officials have been dismissed by successive High Representatives. The country's senior court has effectively taken away the very powers that the PIC just decided to keep in place.

The judgment arises from the dismissal of Dragan Kalinic as president of the Serb Democratic Party (SDS) and speaker of the Republika Srpska parliament in June 2004, alongside the dismissal of 34 other SDS officials. In its brief explanation of the dismissals, the Office of the High Representative cited a report of an international Special Auditor describing the SDS's party finances as "a catalogue of abuse, corruption and tax evasion." It concluded that the High Representative "cannot be confident" that the SDS was not continuing to provide financial support to its former leader, indicted war criminal Radovan Karadzic.

The High Representative did not directly accuse Kalinic of any illegal act. He and the other sacked SDS officials were held collectively responsible for conduct for which they may or may not have been individually responsible. No evidence was presented to any independent authority. There was no right to appeal. From a human rights perspective - which the Constitutional Court was asked to evaluate - this decision disregarded the most basic principles of justice. It is, however, no different from the hundreds of others.

The Constitutional Court has ordered the Bosnian state to ensure the protection of its citizens' constitutional rights within three months:

"The violation of the right to an effective legal remedy under Article II (2) of the Constitution of Bosnia and Herzegovina in conjunction with Article 13 of the European Convention for the Protection of Human Rights and Freedoms is established.

How Bosnia can comply with this order when the protectorate is outside its control is unclear. It appears that it must ask the PIC and the UN Security Council to set up an appeal process against the High Representative's decisions, or request the withdrawal of the High Representative's powers. In view of the warning issued at the PIC meeting, it does not look as if the international community would be inclined to do either.

This is an extraordinary turn of events: the Bosnian Constitution was written by international legal experts in 1995 as part of the Dayton Peace Agreement. The international authors decided to declare that the European Convention of Human Rights "shall have priority over all other law" in Bosnia and that there shall be a Constitutional Court "to uphold this Constitution."

As intended, the Constitutional Court has become a highly respected institution. It is made up of Bosnia's six most senior judges and three foreigners appointed by the president of the European Court of Human Rights. This institution cannot be dismissed as `obstructive' of the peace process. Following the conclusion of the Dayton Peace Agreement, an international mission was sent to Bosnia to make sure that new constitutional and human rights standards took root in a difficult post-conflict environment. Now the mission is found to be in violation of the very standards it has been mandated to promote.

The Constitutional Court's decision is not the first challenge to the way the Office of the High Representative (OHR) has operated. It is, however, the most authoritative challenge yet to the international protectorate in Bosnia. Nonetheless, some PIC members and officials inside OHR now propose to use the High Representative's very powers at the centre of this dispute to overrule the judgement of the court. This would be highly destructive of the state-building process and international credibility. Acting in open disregard of Europe's own human rights standards has already damaged the international community's credibility. Annulling a ruling by the Constitutional Court would make the international community only look ridiculous.

PIC members have also come out publicly against a review by Bosnian institutions of possible human rights violations concerning executive decisions by previous international actors (see latest ESI report: On Mount Olympus: how the UN violated human rights in Bosnia and Herzegovina and why nothing was done about it until today).

As a result, the Bosnian mission is no longer perceived as upholding the rule of law to the Bosnian public: it is above all concerned to protect its rapidly diminishing `soft power'.

There is a deeper lesson here. Soft power used to get others "to want what you want" relies on a sense of legitimacy. European soft power in the Balkans is based on the notion that the EU helps countries and societies establish the rule of law and respect for human rights. Acting in open defiance of the European Convention on Human Rights in the last months of a waning protectorate is certain to undermine European soft power.

This dilemma also raises fundamental questions for future EU missions. As pointed out by the Council of Europe's Venice Commission - a highly respected advisory body on constitutional matters made up of legal experts -, the existence of unaccountable international authority undermines the very standards the peace mission is supposed to promote. Acting in open defiance of the European Convention in the last months of a waning protectorate is certain to undermine Europe's authority across the Balkans.

Under current proposals, the EU Special Representative in Kosovo is to be entrusted with similar powers to those exercised by the High Representative. Initial plans to introduce safeguards to protect the rights of Kosovo residents seem to have fallen away. It is imperative that the EU think seriously about the implications of running protectorates on European soil that violate the EU's own principles on good government and the rule of law.

By Gerald Knaus and Marcus Cox

An earlier version of this article was written for the workshop "Whither Bosnia? ­ A Balkan Conundrum" organised by the Polish Institute of International Affairs in Warsaw on 5 March 2007