Ankara – TEPAV/ESI event: How Germany and Turkey can save liberal Europe and the EU debate on refugees 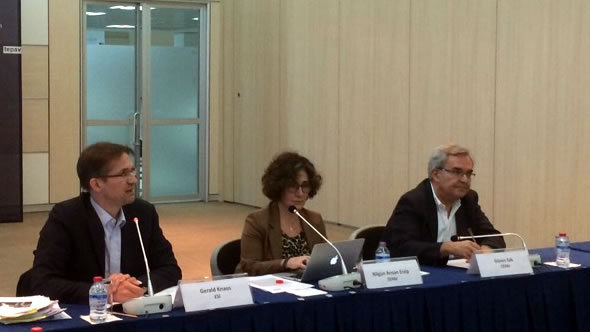 ESI's Gerald Knaus spoke at an event in Ankara organised by TEPAV and ESI. The event was moderated by TEPAV director Nilgün Arısan Eralp and introduced by TEPAV managing director Güven Sak. Gerald's presentation is available for download.

ESI has argued since September that Turkey, Germany and Greece hold the key to any solution. This crisis will either destroy the international asylum system as we know it or mark a step forward towards a more just a regime to deal with asylum. It may mark the decline of human rights values in the EU or see them reaffirmed in the face of resistance.

While in Ankara, Gerald presented ESI proposals at the Swedish Embassy to EU ambassadors, including ambassadors from Germany, Netherlands, Bulgaria, and the EU Delegation. He also met with Turkish officials. 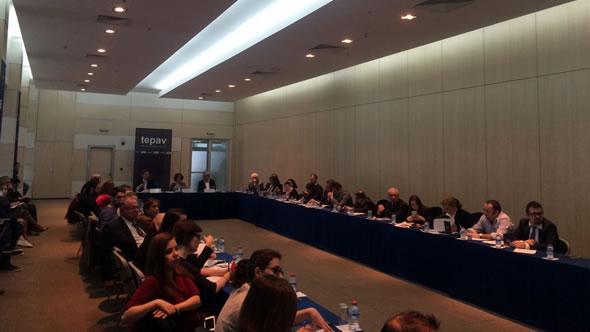