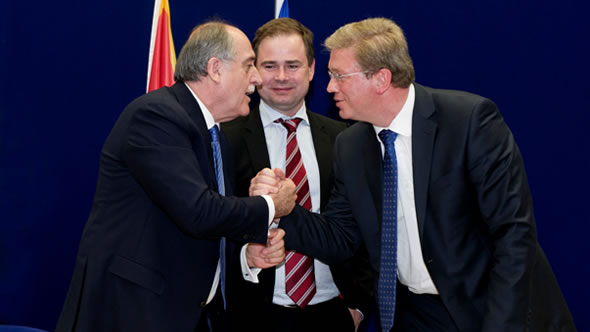 On 29 June 2012 the European Council endorsed the earlier decision of the General Affairs Council to open accession negotiations with Montenegro. The first meeting of the Accession Conference was held on the same day.

As ESI has continuously argued, most recently at the Sofia Forum for the Balkans in early June, the launch of accession negotiations with Montenegro is not only the most important step on the tiny Balkan country’s path towards the EU but a signal for the region as a whole.

The EU’s decision, taken in the midst of a major European crisis, sends a clear signal to all EU candidates that progress towards membership remains possible. Against the backdrop of Greece's continued obstruction of accession talks with Macedonia, the stalemate in negotiations with Turkey, and previous indications by Angela Merkel and Nicolas Sarkozy that enlargement would be put on hold after Croatia joins, the green light for talks with Montenegro is a badly needed signal that progress is rewarded and that the EU perspective is real.

The 29 June decision, coming three and a half years after Montenegro formally applied for membership, strengthens the position of Western Balkan reformers and weakens those who argue that painful reforms for Europe will not pay off. It also reflects an increasing understanding in European capitals that the start of accession talks does not mean a process that leads to membership regardless of the candidate state’s preparedness.

Croatia has already shown that the process has become more demanding. More emphasis is placed on the implementation of laws than on their adoption. Every member state can insist on specific benchmarks for the opening and the closing of each of the 35 negotiation chapters. This provides ample opportunities to block the process if progress is inadequate.

Turkey also shows that there is no automaticity once the process has started. Since negotiations were opened in 2005, Turkey has closed only one chapter.

For Montenegro, the process has become even more demanding. Following a proposal of the Commission, the EU has decided to start accession negotiations with the chapters on "judiciary and fundamental rights" and "justice, freedom and security." These two chapters will contain an additional set of interim benchmarks, reflecting the importance attached to these issues by the EU.

Counter-intuitively, this is good news for Montenegro and future accession candidates. Increased scrutiny will make them better prepared for membership.