Thessaloniki – Is the International Strategy for the Western Balkans in Trouble? 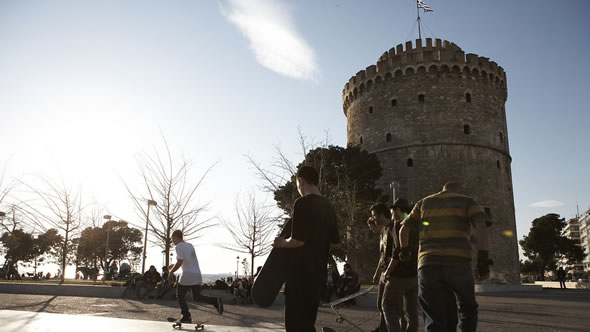 ESI deputy chairman Kristof Bender was in Thessaloniki to attended a conference on "Is the International Strategy for the Western Balkans in Trouble?", organised on 16 and 17 December 2011 by the Hellenic Foundation for European & Foreign Policy (Eliamep) and the Navarino Network.

The mood prevailing at this conference was sober. Rather gloomy pictures were drawn of Bosnia and Herzegovina (by Srecko Latal of the International Crisis Group), of Macedonia (by Stevo Pendarovski, a former adviser to late Macedonian President Boris Trajkovski) and even of Croatia (by Georgios Chatzigiagkou, a public administration reform consultant). Different speakers pointed to the uncertainty created by the Euro crisis and observed a negative effect on the EU's enlargement policy.

This said, there is no doubt that the demands on accession countries have risen considerably (as witnessed by Croatia), with a much stronger focus on implementation rather than only on the adoption of the acquis. This is in itself not negative. It ensures better preparedness of new members and helps to overcome resistance in old member states against further enlargement. What has become a problem, however, is that the enlargement process in the Western Balkans is hampered by a number of issues that have nothing to do with the EU's accession criteria. Macedonia is blocked from starting negotiations because of the name dispute with Greece. Kosovo, not recognised as an independent state by five EU members, lacks a clear and credible European perspective. Bosnia is exposed to arbitrary conditions (for handing in an application) and uncertainty over the future of the OHR. Even if progress is made, the related reward is handed out only reluctantly, as seen with Montenegro.

European officials like to point out that the Western Balkans need political leaders that are determined to reform their countries and prepared to take the related political risks. With politicians like Zoran Djindjic, Boris Trajkovski, and Ivo Sanader the Western Balkan countries have shown that they can produce such leaders. But political leadership also depends on opportunities. And it is in this area that the EU can make a difference: not by lowering the standards or weakening conditionality, but by being consistent, strict but fair, by clearing up ambiguity about the EU's demands and by making a serious effort to resolve the blockages unrelated to the Copenhagen criteria. This is not only in the interests of the Western Balkans, but also in the interest of the EU.