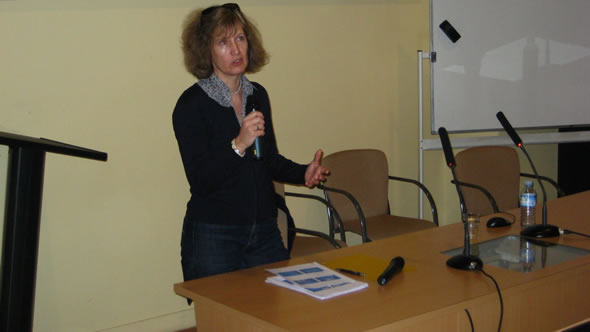 On 12 and 13 April 2011, ESI Senior Analyst Alexandra Stiglmayer gave two presentations on the visa liberalisation process for the Western Balkans in Dijon, France. One was during a workshop organised by the Association Bourgogne-Balkans Express, an NGO founded and run by students studying at Dijon's European, Central and Eastern European campus of the Institut d'Etudes Politiques of Paris (Sciences Po). The workshop, which has been organised annually since 2008, dealt with "EU enlargement and state-building in the Balkans. What future for Bosnia & Herzegovina and Kosovo?". Alexandra participated in a roundtable discussing solutions for the political stalemate in Bosnia and Herzegovina.

Alexandra gave the second presentation during Sciences Po's "Dijon Spring School", a one-week series of lectures that focused on "Challenges of Europeanisation in the Western Balkans" this year.

At both occasions, Alexandra stressed the importance of the visa liberalisation process against the backdrop of little movement in the EU enlargement process, as well as the commendable way in which it was carried out, making it a good example of EU conditionality. The conditions to be met were clear, the reward was attractive, the European Commission provided technical and financial assistance, the process was well structured and dynamic, the five participating Western Balkan governments were treated largely equally, and the process succeeded in remaining technical. As part of its Schengen White List Project, which has been supported by the Robert Bosch Stiftung, ESI had insisted on a process that would be "strict but fair". Bosnia's performance showed that despite all institutional problems the country can function if there is the political will to make it work. Other topics included the EU's counter-productive refusal to offer Kosovo a visa liberalisation process, the influx of asylum seekers from Serbia and Macedonia into the EU in 2010, as well as measures that can be taken to prevent such inflows. 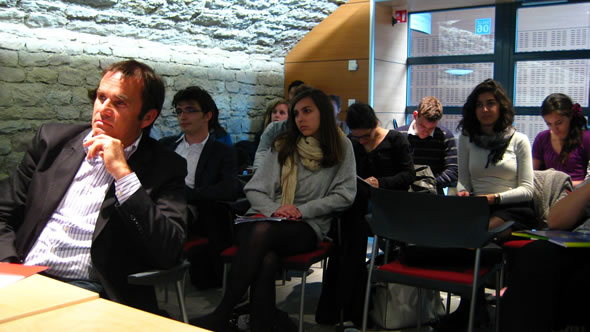