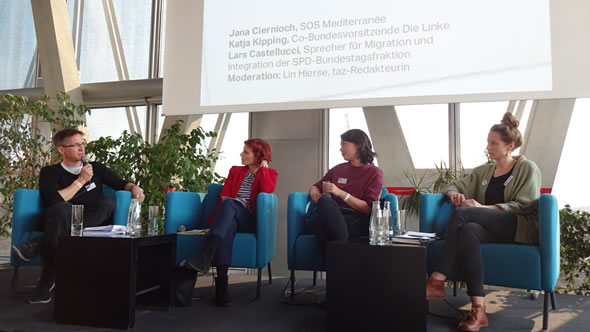 ESI's Gerald Knaus was invited to speak at a panel on the future of sea rescues at this year's taz lab.

The other panelists were Katja Kipping, co-head of the Linke party and Jana Ciernioch, SOS Mediterranée. Gerald pointed to populist developments in European countries such as Italy and warned that the European consensus on humanitarian issues, including sea rescue, is about to break away. He argued for quick and humane asylum procedures to be initially implemented by a coalition of concerned European countries such as Germany, Greece and Spain. He called for realistic goals, more humanity, the application of international refugee law and legal pathways for migrants. 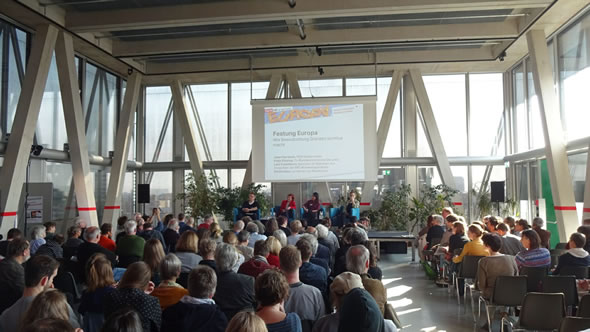