ESI's Gerald Knaus was invited to speak at two public debates in Vienna.

The first debate was at the Diplomatic Academy in Vienna on 25 February under the title: "Fortress Europe: Current Migration trends and European Responses". Gerald focused on the European policy level towards the different regions, the main challenges and interests for EU member states and how the diverging African and European (EU plus Western Balkans) interests could be brought together for a win-win situation. He also referred to the EU-Turkey deal and ESI's Gambia Plan as models for a humane and fair policy to control migration movements between Africa and Europe.

The other speakers were Florian Bieber (Professor and Head of the Centre of South-East European Studies at the University of Graz), Milica Delevic (Director of the EU-Integrations Office in Serbia/ECFR), Martin Selmayr (Head of the European Commission in Austria), and Alida Vračić (Director of the Think Tank "Populari" in Sarajevo/IWM Europe's Futures Fellow). The debate was moderated by Vedran Dzihic (Senior Researcher at the Austrian Institute for International Politics). The introduction was given by Paul Schmidt, General Secretary of the Austrian Society for European Politics. 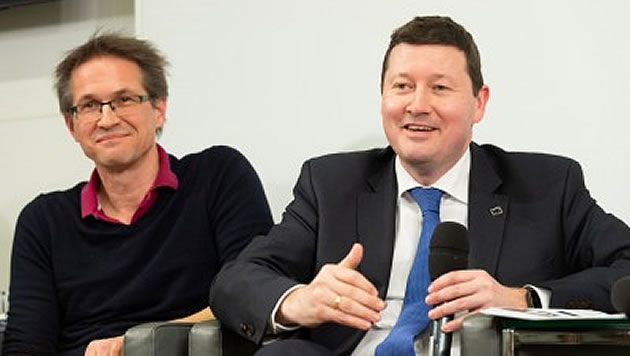 While in Vienna, Gerald also has several meetings with Austrian members of Parliament and senior civil servants to discuss migration policy.

In addition, he gave two video interviews to krone.tv and to Falter magazine: 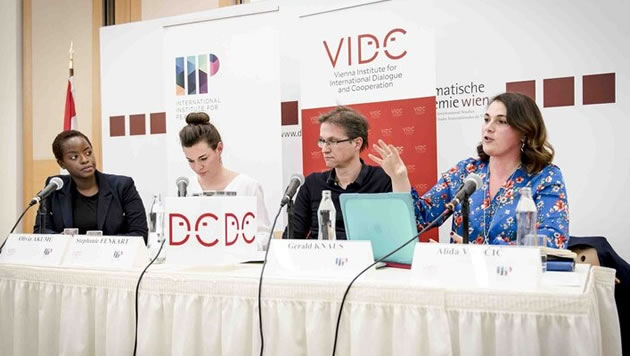