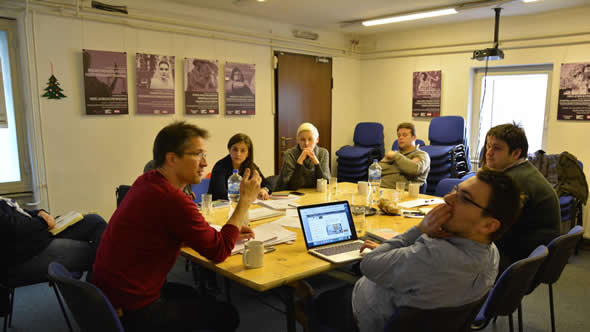 From 12 to 14 February ESI's Gerald Knaus visited Sarajevo. During the visit he met a wide range of non-governmental, governmental and international actors.

In a very interesting conversation with representatives of the Initiative for Monitoring the EU Integration Process of Bosnia and Herzegovina Gerald presented the most recent work of ESI on Bosnia and ESI's ideas on the future of EU enlargement process.

With several EU ambassadors Gerald discussed a new EU initiative in Bosnia and what more could be done. With local non-governmental activists he discussed prospects of a genuine debate about necessary socio-economic reforms in the country.

In an interview for the CNN's Balkan outlet N1, Gerald warned about the lost decade and how little has changed in Bosnia since 2004 and noted:

"I think that the main problem of Bosnia is its isolation. This is strange, because hundreds of thousand of Bosnians live, very successfully, in Germany, Austria, Sweden,  Switzerland. Many study abroad. But very few of them came back to Bosnia, and even fewer became politicians. Bosnia also exports very little. And attracts very few foreign investors."