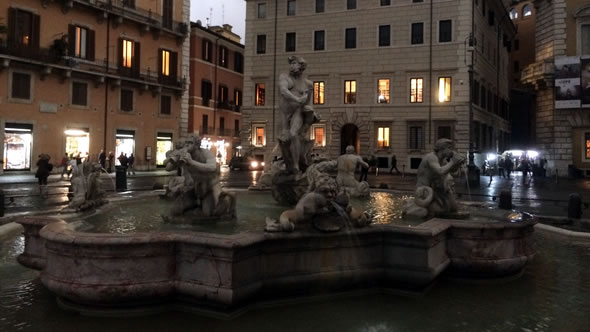 ESI's Gerald Knaus travelled to several European capitals to talk about the the future of the EU enlargement process and ESI's proposals for the progress reports, and other ESI initiatives planned for 2015.

On 3 December Gerald spoke in The Hague at a conference organised by the The Hague Institute for Global Justice: Making a Difference: European Union and the Rule of Law in the Western Balkans. Other speakers included Robert de Groot, Director General for European Cooperation at the Dutch MFA, Lawrence Meredith, Head of Strategy and Policy at the EC DG Enlargement, and Serge Brammertz, Chief Prosecutor, ICTY.

On 4 December Gerald delivered a lecture at the NATO Defense College in Rome on the Western Balkans to senior military officers and their civilian equivalents who represented most NATO countries. 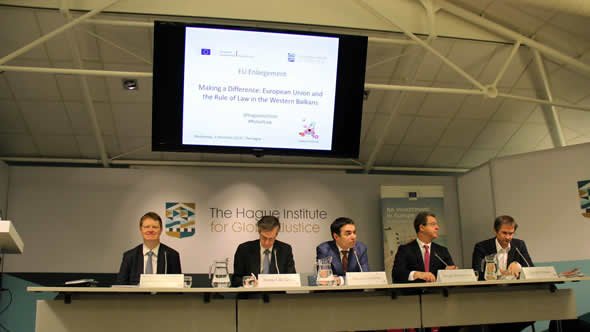 At The Hague Institute. Photo: ESI 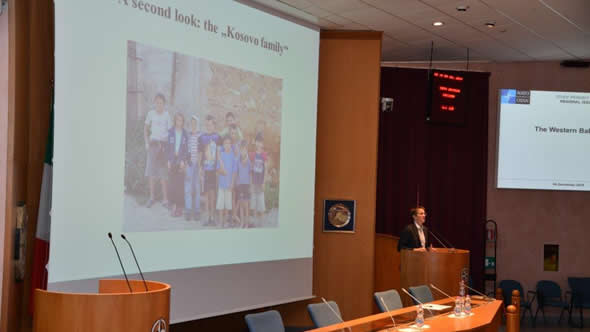 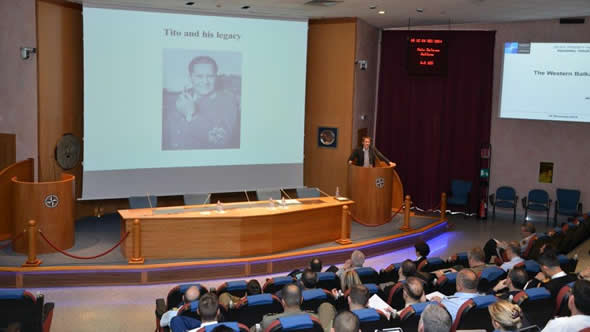