Stockholm – ESI presentation at the Swedish International Development Cooperation Agency (Sida) on “Europe and the Western Balkans - Where are we heading?” 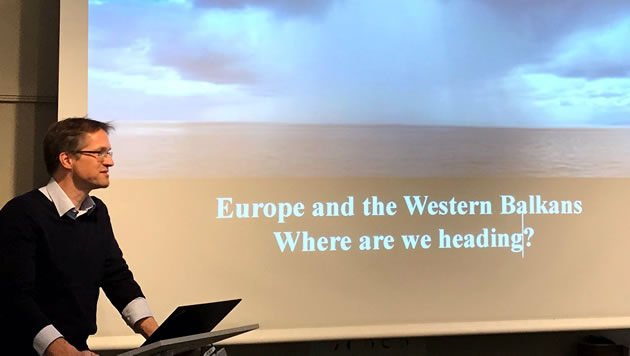 He spoke on three issues:

While in Stockholm, Gerald also met with senior officials from the Ministries of Foreign Affairs and Justice to present ESI's "Gambia Plan". In addition, he met with MPs from the Moderat party to discuss the challenge to European democracy posed by the Polish reconstruction of the justice system where the control of courts, prosecutors and judges now effectively lies with the executive and a single party.