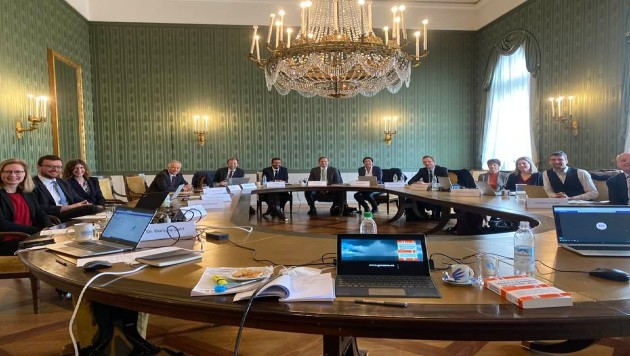 ESI’s Gerald Knaus was invited to give a presentation on EU Migration Policy for the Bavarian State Chancellery’s internal training program.

In his presentation, Gerald spoke about the 2016 EU-Turkey Agreement, its objective and how it reduced deaths at sea, but also how it broke down in 2020. In the second part of his presentation, Gerald described the inhumane practice of pushbacks that regularly taking place at the Polish-Belarus border and at the Greek and Croatian borders, where asylum seekers have no chance of making their asylum claims. Gerald said that the EU’s borders have become inhumane, and that the solution lies in humane borders and policies, specifically through partnerships with safe third countries, who can take back migrants in exchange for incentives, such as visa liberalisation.

The presentation was attended by 16 participants, mainly from the various ministries of the Free State of Bavaria, but also guests from the State Chancellery of Saxony and Saxony-Anhalt and as well as from the local government of the City of Nuremberg.