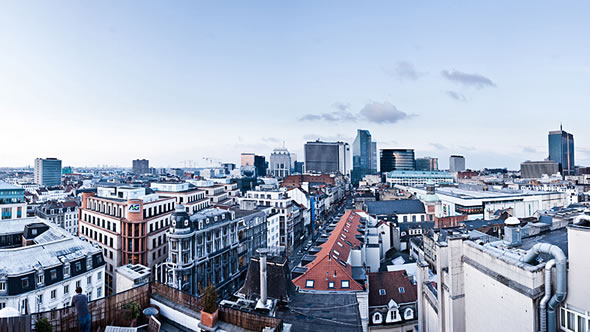 ESI Senior Analyst Alexandra Stiglmayer participated in a brainstorming in Brussels on Turkey-EU relations organised by the Istanbul-based Economic Development Foundation (IKV), the Turkish Centre for Strategic Research (SAM) and the European Parliament. The workshop was opened by MEP Marietje Schaake.

The workshop brought together representatives of Turkish business associations, political parties, IKV and SAM, and of Brussels-based think-tanks. The participants discussed the decline in trust in Turkey-EU relations and how this problem can be resolved.

Alexandra said that the visa liberalisation process launched in December 2013 offered a chance to improve relations, but that it had to be taken seriously by both sides to achieve this effect. She acknowledged that Turkey had reservations about some of the conditions on the "visa roadmap", but argued that some of the fears were misplaced and that the necessary reforms would benefit Turkey. She also acknowledged that it had taken some EU countries a while to accept the notion of visa-free travel for Turkish citizens, but said that the European Commission was driving the process and had brought it to a successful conclusion in all countries that have undergone it so far, from Moldova to Western Balkan countries.

Alexandra suggested small steps that both sides could take as confidence building measures. She said Turkey could improve implementation of the Turkey-Greece readmission agreement from 2001 and apply the same visa policy to all EU citizens (Turkey requires the citizens of some EU countries to obtain an e-visa, while others can enter without a visa). EU member states, on the other hand, should make the visa application procedure for Turkish citizens as easy and cheap as possible.

The participants also discussed the accession process. Alexandra made the point that it was stuck for political reasons, but that progress in alignment did not depend on chapters being opened or remaining closed. She showed that according to the European Commission's 2014 enlargement progress report for Turkey, Turkey had achieved virtually the same level of alignment in the 14 chapters that had been opened, and in the 18 chapters that had not been opened. She also argued in favour of a new enlargement methodology to be used by the European commission, which would show progress more clearly. To insiders it was obvious that Turkey was the most advanced candidate country, she said, but the current progress reports did not reflect this.