Saarbrücken – ESI at panel discussion on flight and rescues at sea 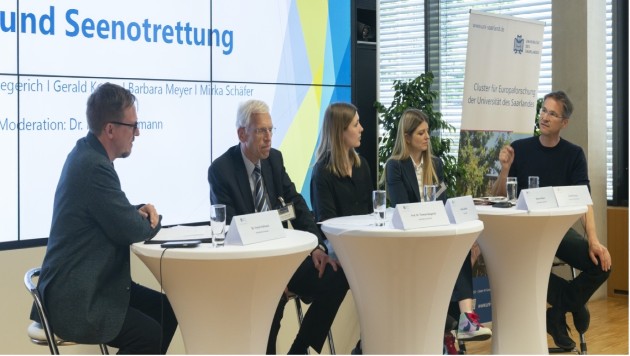 ESI’s Gerald Knaus was invited to participate in a panel discussion on “Flight and Rescue at Sea” at the 3rd Saarbrücken European Conference, organised by Saarland University.

In his presentation, Gerald spoke about European Solidarity and Civilian Sea Rescue, as well as the dangers and inhumanities of pushbacks in the Aegean Sea and how the Geneva Convention is currently in a fragile state, especially at the EU’s external maritime borders. Gerald argued that to end this, humane borders need to be established, that are built upon humane policies and respectful of the Refugee Convention.