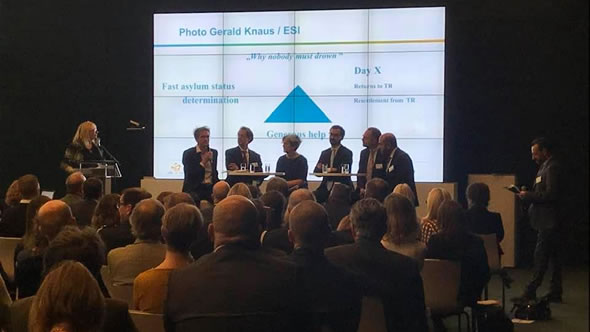 He warned that unless urgent action is taken, and a coalition of member states coordinates with Greece on processing applications and returning people to Turkey (and restarting relocation) - while continuing support to Syrians there - all debates on future EU asylum reforms are rather pointless. It is more important to advocate concrete solutions. If the EU fails on asylum in Greece, it fails in the whole Mediterranean.

While in The Hague, Gerald also had several meetings with Dutch, German and Greek diplomats and asylum officials. With his Dutch interlocutors, he also discussed ESI's recent proposal for a new approach to EU enlargement in the Western Balkans.