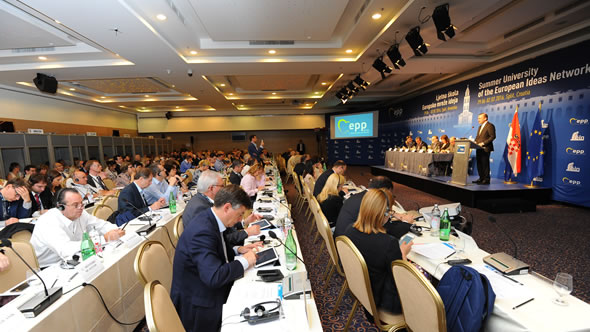 ESI Senior Analyst Alexandra Stiglmayer made the case for an improved enlargement process to bring the Western Balkan countries into the EU fold. She spoke on the panel "Balkans, Goals and Policies for an enlarged European Union" organised during a two-day conference of the European People's Party Group in Split, Croatia, which brought together many MEPs.

Alexandra said Brexit does not change the need to allow the Western Balkan countries to join the EU once they are fit for it. The European perspective has already brought peace, stability and progress to the region, which can only be maintained if this perspective remains in place. The prospect of eventual EU accession has been an anchor for the countries and provided them with a direction. The EU will also be judged by what it can achieve in its immediate neighbourhood. The EU therefore has an interest that the enlargement process continues - that the Western Ballan countries become more democratic, adopt EU standards and develop their economies.

She said, however, that there is a need to improve the enlargement process, which is non-transparent, lacks clear criteria and does not convey where a country stands in the process. The most important tool of the European Commission is its annual progress reports. The Commission should spell out the key requirements under each of the 34 chapters into which the EU acquis is divided, and also clarify the criteria based on which it measures progress. This is nothing new for the Commission since it has done it for its visa liberalisation processes: a visa roadmap lists the requirements and at regular intervals the Commission describes and assesses progress for each requirement, using five grades: "requirement fulfilled", "almost fulfilled", "partially fulfilled with good prospects", "partially fulfilled with no further action envisaged" or "not fulfilled". This can be done for most chapters of the acquis too, said Alexandra.

Such an approach applied to all the chapters and key requirements would make clear where each country stands and make it possible to compare the countries. The presentation of the annual reports could become an event like the publication of the OECD's PISA reports (Programme for International Student Assessment), which every few years assesses the performance of 15-year-old school children in reading, mathematics and science across participating OECD countries. The PISA reports, she said, regularly triggers healthy debates and reforms in the education sector.

ESI has already presented its ideas to the Commission's Directorate-General for Neighbourhood Policies and Enlargement (see An effort of persuasion – Chronology of ESI activities, November 2015). As a result, changes were introduced in the 2015 progress reports - the Commission looked at three chapters and seven issues, ranging from rule of law to freedom of expression and economic governance, in a systematic and comparable way. Alexandra said that this work needs to continue, be fine-tuned and extended to more chapters.

She said the suggested approach would have numerous advantages:

The other speakers on Alexandra's panel were Wolfgang Koeth from the European Institute of Public Administration in Maastricht and Boris Spasojevic, Director of the Bosnia office of the International Republican Institute (IRI). The discussion was moderated by MEP Andrej Plenkovic.

The conference was the annual "Summer University" organised by the EPP's European Ideas Network (EIN) on 30 June and 1 July 2016 in Split, Croatia. 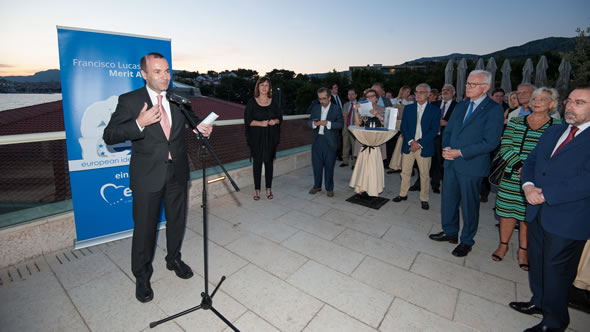