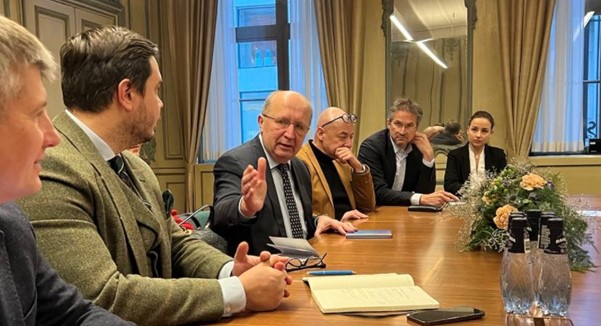 ESI’s Gerald Knaus was invited to join a delegation of United for Ukraine Global Parliamentary Network to Stockholm.

In the delegation’s meetings, Gerald argued that the upcoming Swedish EU presidency can help building a free Europe, including Ukraine and Moldova this winter. He added that for Sweden, helping Ukraine is already a top priority bilaterally, and this extends to Moldova, which is also facing a dangerous winter. Ukraine and Moldova now need smart, real support. By helping them politically and financially, the EU can support them to succeed. It is a moment of truth.

Gerald also explained ESI’s proposal on how the EU should offer Ukraine, Moldova and the Western Balkans a credible accession process, starting with access to Single Market and the Four Freedoms.

Delegation members included Andrius Kubilius (former Prime Minister of the Republic of Lithuania, Member of the European Parliament, Chair of the Delegation to the Euronest Parliamentary Assembly MEP, Lithuania), Dmytro Natalukha (Chair of the Committee of the Verkhovna Rada of Ukraine for Economic Development, Member of the National Council for the Recovery of Ukraine from the Damages of War MP, Ukraine), Vadym Halaichuk (Deputy Chair of the Parliamentary Committee of the Verkhovna Rada of Ukraine on Integration of Ukraine to the EU MP, Ukraine), Katarina Ammitzboll (U4U Member MP, Denmark), Michal Kaminski  (Deputy Marshal of the Senate of Poland, Senator, Poland), Anna Maria Corazza Bildt (Former Member of the European Parliament, Sweden), Kateryna Musiienko, adviser to MEP Kubilius, Ukraine), and Oleksandr Lazuka, adviser to MEP Wasczcykowski, Ukraine). 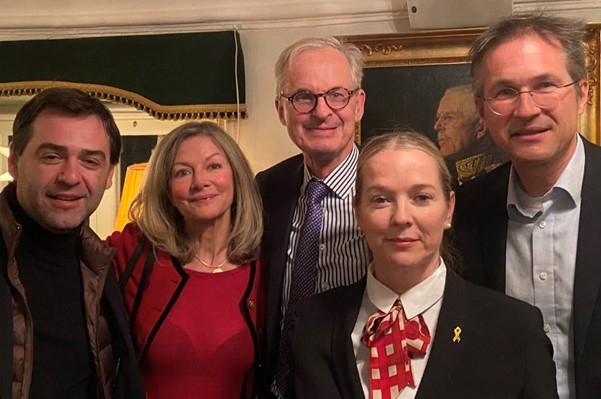