Gerald spoke on ESI's research on the workings and effects of the EU's Neighbourhood Policy at a conference organized by the Jarl Hjalmarson Foundation in Sweden. 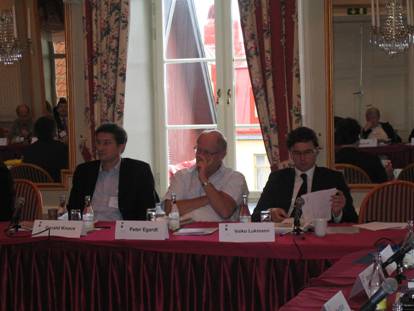