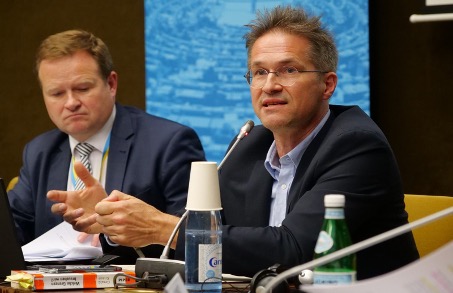 ESI’s Gerald Knaus was invited to give a presentation on migration at a panel discussion organised by the Socialists, Democrats and Greens Parliamentary Assembly Council of Europe (SOC).

Gerald spoke about Cyprus, which today is the EU state with most asylum applications per capita. He outlined how governments and the EU can reduce irregular migration humanely and establish humane border policies.

In addition, he explained the crucial role the current German coalition government can play in transforming European refugee policy.

Finally, Gerald spoke about Ukrainian refugees in the EU and the much-needed strategy for the coming winter – as the Russian strategy of deliberately destroying civilian infrastructure  is bound to create an even bigger humanitarian crisis.

The other panellists were Pierre-Alain Fridez, Rapporteur on Migration and German MP Frank Schwabe of the Social Democratic Party.