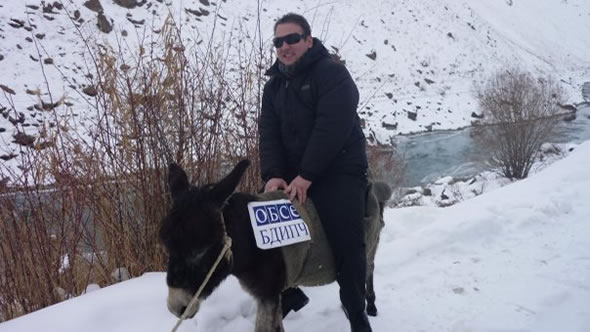 This workshop – organized jointly by the CEU School of Public Policy, the European Stability Initiative and the Open Society Foundations – discussed lessons learned from the International Election Observation Mission in Azerbaijan in 2010. In many respects, Azerbaijan's elections exposed the worst that can happen when facts are disregarded. The workshop also informed OSI stakeholders about the workings of international observers, formulate recommendations, and consider the forthcoming elections in Albania and Azerbaijan (both in 2013).

Injecting politics into election observation challenges its credibility and integrity and deprives civil society actors – domestic observers and human rights defenders – of an advocacy tool that should serve their demands for domestic reform. Examples from the recent past also underscore the sometimes problematic relationship between experts from ODIHR and parliamentary delegations which threatens the credibility of observation findings and undermines the sense of impartiality.

The workshop was an opportunity to hear from senior election observation professionals, technical experts and selected parliamentarians how such cases of political bias can be avoided, and how observers themselves can contribute more effectively to conflict de-escalation and the mobilisation of political will towards democratic reform. The objective of the meeting was to discuss how international election observation missions can learn from, and overcome, shortcomings identified in the past, looking forward in particular to elections in Albania and Azerbaijan in 2013.

Gerald Knaus is chairman of the European Stability Initiative, associate fellow at the Harvard Kennedy School's Carr Center for Human Rights Policy, and co-author of ESI report on Caviar Diplomacy. Gerald worked for five years in Bulgaria (Sofia) and Bosnia-Herzegovina (Sarajevo) for different organisations (including ICG, the OHR, and as advisor to the International Mediator). From 2001 to 2004, Gerald was director of the Lessons Learned Unit of the EU Pillar of the UN Mission in Kosovo.  He is a founding member of the European Council on Foreign Relations, and sits on the advisory boards of the European Policy Centre (Brussels) and of the Black Sea Trust for Democracy.

Kristof Bender is ESI's deputy chairman, leading various ESI research projects in the Balkans and Central Europe. Educated in sociology in Vienna and Paris, he has worked in South East Europe in various capacities since 1997, including for the Austrian Federal Chancellery and as a consultant for DFID and SIDA. Part of the ESI team since early 2000, he has been living in Bosnia and Herzegovina, Macedonia, Montenegro and Serbia, and is currently based in Vienna.

Iva Dobichina is a senior advocacy officer at the Open Society Foundations in London, providing advice, mentoring, and training for OSF's advocacy work in South Eastern Europe, Central Asia, and the Caucasus regions.  Iva previously worked for Freedom House, where she served as director of programs for Central Asia, responsible for implementing human rights programs focused on legislative reforms, freedom of speech and media, freedom of assembly, freedom of religion, and the right to fair trial. Prior to joining Freedom House, she was the executive director of the Institute “Reason” and director of programs at the Bulgarian School of Politics.

Wolfgang Reinicke is SPP's founding dean. He is also president of the Global Public Policy Institute (GPPi) and a non-resident senior fellow in the foreign policy studies program at the Brookings Institution in Washington, DC. Reinicke was a senior scholar with the Brookings Institution from 1991-1998 and a senior partner and senior economist in the Corporate Strategy Group of the World Bank in Washington, DC, from 1998-2000. From 1999-2000, while in Washington, Reinicke directed the Global Public Policy Project, which provided strategic guidance on global governance for the UN Secretary General's Millennium Report. From 2000 to 2011, he worked in the private sector as managing director of Galaxar SA in Geneva.

Bernhard Knoll directs the executive education and outreach unit at CEU-SPP. Prior to joining CEU, he worked for the OSCE, both at the level of field missions (Bosnia and Kosovo) and at the OSCE/ODIHR. He earned a Ph.D. from the EUI/Florence; his thesis on the subject of United Nation governance of non-state territorial entities was published by CUP in 2008.

Andi Dobrushi is the executive director at the Open Society Foundations in Tirana. He previously worked as legal coordinator and senior staff attorney at the European Roma Rights Centre.

Vugar Gojajev is a researcher and freelance journalist writing on developments in the South Caucasus. He worked for several international organisations, including OSCE, International Crisis Group, and Human Rights House Foundation.

Miklós Haraszti is a Hungarian writer, journalist and politician. In the 1970s, Mr. Haraszti was a founder of Hungary's human rights and free press movement; in the 1990s he was elected to the Hungarian Parliament. He served as OSCE Representative on Freedom of the Media from 2004 to 2010. He currently teaches public policy at the CEU. He headed ODIHR's Election Observation Mission to Kazakhstan in January 2012. In fall 2012, he was appointed UN Special Rapporteur on the situation of human rights in Belarus.

Nicolas Kaczorowski is currently the IFES country director in Tunisia and is leading a team of professionals to assist and support the holding of democratic elections in Tunisia. Previously he headed OSCE/ODIHR's election department. Nicolas was director of special programmes and outreach at the Geneva Centre for Security Policy (GCSP) until 2006, where he worked on international security issues and newly emerging challenges to global stability.

Fiona McIlwham joined the Foreign & Commonwealth Office in 1998, after completing an MSc in Development Economics.  In addition to G8 and EU multilateral roles in London, Fiona has served in Bosnia, Iraq, and Washington and as UK Ambassador to Tirana from 2009 to 2012.  She is currently on secondment to the European Commission, working as a Senior Advisor to the Director General at DG Enlargement.

Emin Milli is a writer and analysts based in Baku, as well as a former political prisoner. He also worked for a number of international organisations in Azerbaijan. Emin advised the Council of Europe and was a political analyst for the OSCE/ODIHR Election Observation Mission in Azerbaijan.

Besa Shahini is a senior analyst with the European Stability Initiative, based in Pristina. She has lead ESI research on Georgia and occasionally guest-lectures in universities and writes a regular column for the Albanian-language online newspaper gazetajnk.com.

Reinhard Veser is a journalist who covers the countries of the former Soviet Union for the German daily Frankfurter Allgemeine Zeitung. He has extensively written about the role of international observers.