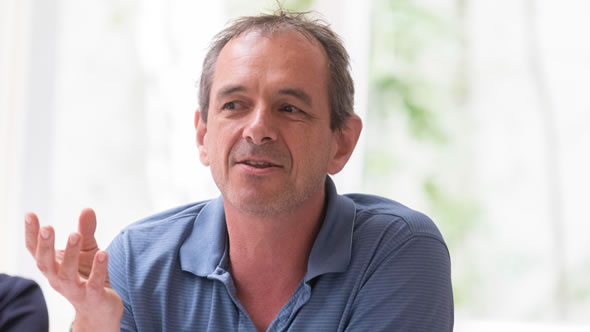 ESI's deputy chairman Kristof Bender participated in a closed-door round table on North Macedonia organised by the Europe's Futures project, a strategic partnership of ERSTE Foundation and the Institute for Human Sciences (IWM), in co-operation with the Diplomatic Academy Vienna. The event, held under Chatham House rules, aimed at taking stock ahead of the crucial decision whether to allow North Macedonia to start EU accession negotiations.

Kristof argued that starting EU accession negotiations with North Macedonia is in the very interest of the EU. Supporting accession negotiations with North Macedonia now means to strengthen the EU's influence in the Western Balkans; to strengthen reformers in North Macedonia and the whole region; to weaken those anti-European forces that claim that the EU cannot be trusted, that the vision of a prosperous and stable future in the EU is an illusion, and that every nation needs to fend for itself.

This is a dangerous vision. The EU and all member states must maintain the prospect of a European future for West Balkan reformers. Starting accession negotiations with North Macedonia now means providing credibility to this prospect, at very low cost.

But Kristof also warned that opening accession talks alone would mean little for North Macedonia and the region without addressing the shortcomings of the accession process. It has become so politicised, detached from measureable criteria and void of effective tools assisting reforms that it risks slowly withering away into insignificance. ESI is now developing ideas how to change this, including the idea of membership in the EU's single market for all Western Balkan countries that manage to meet the criteria by 2025 and EU support for the establishment of a West Balkan Schengen-like zone by 2030.