Vienna – ESI at European Association of Political Consultants: Ukraine and the consequences – what politics must do now 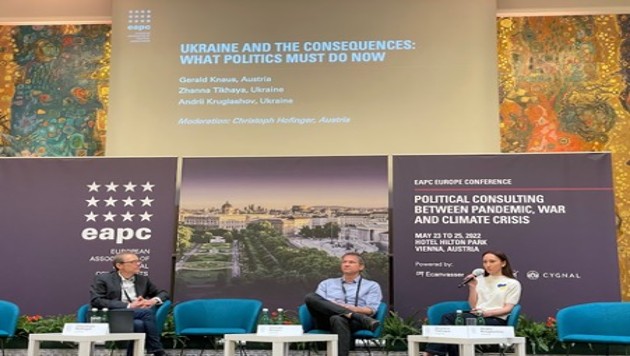 ESI’s Gerald Knaus was invited to participate in the EAPC Europe Conference on Political Consulting between Pandemic, War and Climate Crisis. Gerald was part of panel: “Ukraine and the consequences: What politics must do now.”

Gerald spoke about the current refugee crisis caused by Russia’s invasion of Ukraine and how the EU should respond with an airlift for Ukrainian refugees, so that refugees can be distributed across Europe and thus support Ukraine’s neighbouring countries where most refugees find shelter.

Furthermore, Gerald spoke about the war’s political fallout in the Balkans, Moldova, and Ukraine. All these democracies have applied to join the EU or will do so soon. A renewed and credible accession process which would offer them the four freedoms and entry to the EU single market would likely deter further aggression from Russia.