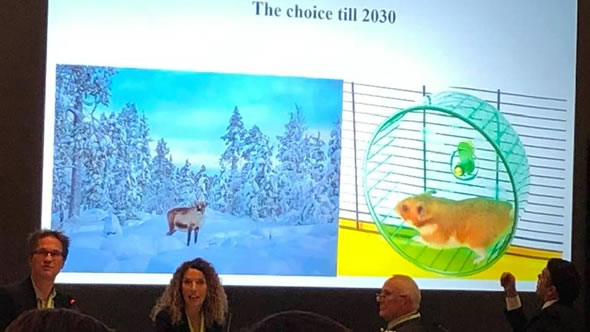 ESI's Gerald Knaus was invited to the second Balkan Dialogues conference in Berlin. He spoke at a panel on "Energizing European perspective for the Western Balkans", moderated by Maja Piščević, Senior Fellow, EastWest Institute. The introductory remarks were given by Nikola Dimitrov, Minister of Foreign Affairs, Republic of North Macedonia:

Gerald made the case for a two stage accession process towards full membership, and for a reformed and merit-based first stage leading to single market accession, launched with all WB6 in 2020. He also explained why this would be excellent not only for the region, and politically attractive for governments in France and in the Netherlands, and good for the EU as a whole.