ESI’s Gerald Knaus was invited to speak at the ERSTE Stiftung conference “Europe, time to decide” organised by ERSTE Stiftung.  Gerald took part in the panel: “Is it Central Europe’s moment in Europe right now?”

In his presentation, Gerald discussed the following questions: Is Central Europe the big winner or the big loser of the Ukrainian crisis? How will the region be transformed – socially, economically, and politically? What will be the impact of the refugee influx from Ukraine? Is the massive solidarity going to last even if the war goes on for much longer? Should we expect a populist response? Is Central Europe’s voice within the EU going to be strengthened or weakened as a result of Russia’s war in Ukraine?

Gerald argued that the EU’s current promises for accession for the Western Balkans are dead and that an attractive offer should be made to these countries, such as the integration to the European Single market and benefit from the four freedoms: the free movement of goods, capital, services and persons. Moreover, with the Russian invasion of Ukraine, Gerald stressed that the debate on EU accession has sparked again in the West Balkans and now includes Ukraine and Moldova.

Gerald debated with Karolina Wigura (Sociologist, Robert Bosch Academy Fellow Berlin, Member of the Board at Kultura Liberalna Foundation in Warsaw). The panel was moderated by Márta Pardavi (Co-Chair of the Hungarian Helsinki Committee in Budapest). 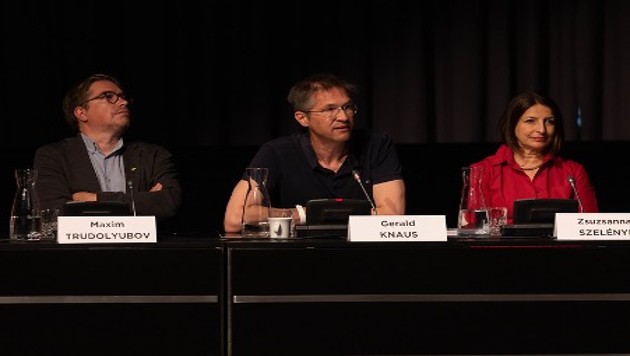