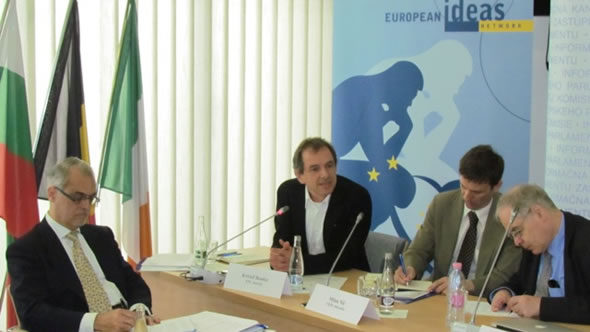 ESI's Kristof Bender was invited to talk about "EU aspirations in the Western Balkans in the Midst of Economic Crisis" at a seminar on "Western Balkans 2020+" organised by the European Ideas Network and the International Republican Institute. The event, bringing together members of the European Parliament, diplomats and think tankers, took place in Bratislava on 13 and 14 May 2013.

Kristof spoke on a panel with Srdjan Bogosavljevic (Ipsos Strategic Marketing), Milan Nic (CEPI) and Vladimir Todoric (New Policy Center), chaired by MEP György Schöpflin. Kristof focused on what friends of enlargement should push the EU to do in the coming weeks and months.

The first and most urgent opportunity relates to Albania. Kristof made the case for a strong and uncompromising stand by the EU on democratic principles ahead of the 23 June parliamentary elections in Albania.

A second issue is the follow-up to the Belgrade-Pristina agreement. If Serbia carries through its commitments, it is imperative to reward Serbia with the start of accession talks. Failing to do so would send a very bad signal: that it does not pay off to take politically difficult decisions. It would also seriously undermine the EU's (already tainted) credibility in the Balkans. The EU's commitment towards Kosovo's "European perspective" will also soon face a test. If it fails to deliver the start of negotiations of a Stabilisation and Association Agreement, the Kosovar leadership might very well conclude that Kosovo has no real EU perspective. This would not only weaken reformers in Kosovo, but also considerably undermine the EU's influence in Kosovo.

Kristof also talked about important it is to prohibit the (partial) reintroduction of visas for citizens of the Western Balkan states, proposed by some EU interior ministers. Countries concerned about rising numbers of asylum seekers from Serbia and Macedonia should change their asylum procedures and bring them in line with practices of other EU member states (without undermining the rights of asylum seekers). In essence, only those countries with excessively long procedures of 6-8 months (Germany, Sweden and Belgium), have seen a considerable rise in asylum applications from the Western Balkans. In countries with shorter procedures asylum applications from the Western Balkans have stayed the same (as in France) or even declined (as in Austria). While this can be remedied by individual countries by changing their procedures, a respective amendment to the EU asylum procedure directive would be the best solution.

(For a detailed analysis and a full description of the argument read Saving visa-free travel). 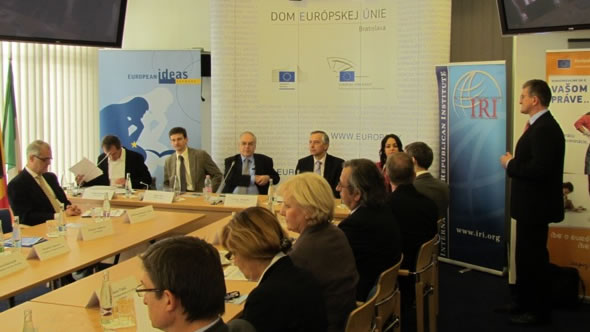