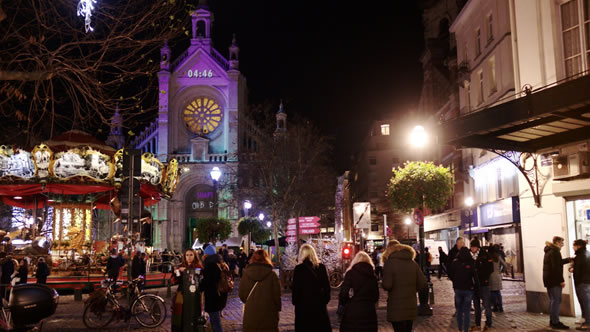 ESI's Senior Analyst Alexandra Stiglmayer discussed new ideas to revitalise the EU enlargement process, which was dealt a heavy blow in October when France refused to start accession talks with North Macedonia and Albania. She spoke at an event organised by the "Centre for European Progression" in Brussels, alongside MEPs Andreas Schieder (S&D, from Austria) and Andor Deli (EPP, from Hungary) as well as Isabelle Ioannides, a researcher and academic currently working for the European Parliament.

Alexandra said that while the French veto hurt and damaged the standing of the pro-European governments in Skopje and Tirana, the enlargement process was indeed in need of reform since it had not delivered for years. She pointed out that it was too long and drawn-out and that there were no interim rewards to motivate reforms; that its different stages – membership application, candidate status, accession talks, number of opened and closed chapters – did not correspond to a country's actual level of alignment with EU legislation and EU standards; that the monitoring and assessment methodology was opaque; that the process was too politicised with more than 70 steps along the way requiring the unanimous agreement of all EU member states; and that the candidate countries did not receive sufficient funds to catch up economically with EU member states.

Alexandra finished her presentation by expressing her hope that the French veto would serve as a wake-up call to EU member states to reform the enlargement process.

The event was moderated by Istvan Szekeres, the CEO of the Centre for European Progression.