Brussels – ESI discusses enlargement at DG NEAR seminar for journalists 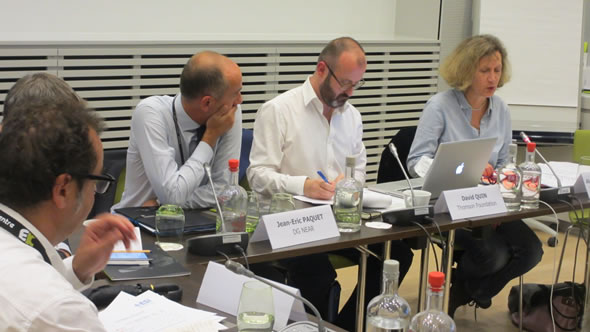 ESI Senior Analyst Alexandra Stiglmayer discussed enlargement and how to reinvigorate the enlargement process at a seminar for 34 journalists and editors from across the EU. The seminar was organised by the European Commission's Directorate-General for Neighbourhood and Enlargement Negotiations (DG NEAR) in Brussels on 16 and 17 September 2015. Alexandra shared the panel "Western Balkans: Opportunities and Challenges" with Jean-Eric Paquet, DG NEAR's Director for the Western Balkans.

Alexandra started her presentation by mentioning the event that triggered the Greek crisis in 2009. This was the Greek government's revision of statistical data on debt levels and deficits. At the end of 2009, the government increased the government deficit for 2008 from 5 to 7.7 percent of GDP, and the planned deficit for 2009 from 3.7 to 12.5 percent of GDP. As a result, Greece was shut out from borrowing through financial markets and close to bankruptcy a few months later. This episode shows how important a sound statistical system is, said Alexandra, which Greece had not managed to establish.

She then moved on to the Western Balkans which are EU candidate countries, and said good statistics should be among the first priorities as they are needed to describe the economic situation and to design effective economic policies. She said the European Commission drives the enlargement process and should actively push for the establishment of sound statistical systems. This would be best achieved if the Commission changed its approach to the chapter on statistics as well as other chapters into which the EU acquis is divided.

The new approach should be clearer and more transparent, strict, but fair, and applied to both negotiating candidate countries and those that are at earlier stages of the accession process. The Commission should elaborate the key requirements under chapter 18 (on statistics). It should also draw up and publicise the criteria that is uses to assess progress under each key requirement. It should then measure progress in all seven candidate countries by the same yardstick, so that the countries can be compared with each other. Alexandra distributed a handout that showed what the result could look like, based on an internal review that Eurostat conducts every year in the candidate countries.

Alexandra said this should be also done for other important chapters – e.g. on food safety, public procurement, financial control – and gradually extended to all chapters. Besides, she said, the way in which progress reports are written should become more understandable to a wider audience.

This approach would foster healthy competition, offer concrete feedback to civil servants working on implementing different aspects of the acquis, and turn the accession process in the genuinely merit-based exercise. It would also strengthen the position of the European Commission and increase the credibility of the enlargement process. Finally, it would make it easier for stakeholders – NGOs working on some aspects such as the environment, or potential investors interested in food safety standards or public procurement – to find out what is happening in each country and where the strong and weak points are. Alexandra said ESI's proposal is informed by the success of the OECD's PISA programme (Programme for International Student Assessment), which assesses the performance of 15-year old school students in reading, mathematics and science. Based on the results, countries are ranked. The publication of PISA results has led to sometimes heated, but overall constructive debates and reforms in the education systems.

Alexandra mentioned the difficulties that EU enlargement faces – low public support in Europe and decreasing interest by EU leaders – stressing that an effective and credible enlargement process remains of crucial importance. For the Western Balkans, EU accession remains the best option in order to create stability and to develop their economies, and it enjoys broad support by their citizens. For the same reasons, the EU should have an interest to bring the countries in the region into shape swiftly. The approach, which Alexandra presented, would energise the accession process. 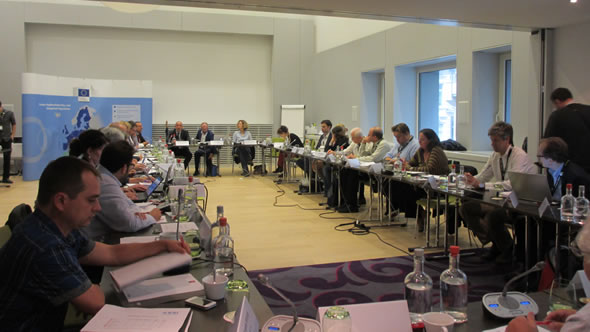