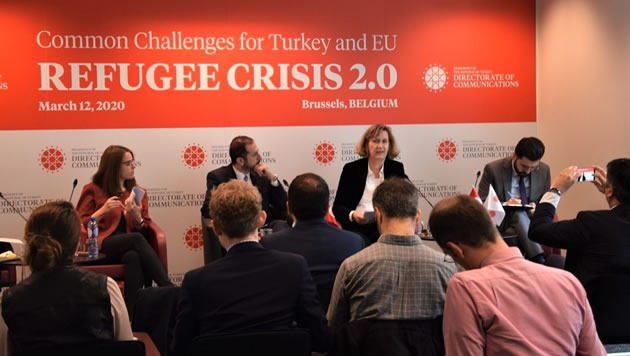 ESI's Senior Analyst Alexandra Stiglmayer participated in a panel debate on "Common Challenges for Turkey and EU – Refugee Crisis 2.0" in Brussels. The debate was organised by the Brussels office of the Turkish think-tank Foundation for Political, Economic and Social Research (SETA).

Alexandra made the case that it was in both Turkey's and the EU's interest to renew the EU-Turkey Statement from March 2016. She suggested that, as first steps, the EU should promise to continue to provide funding for the 4 million refugees in Turkey, while Turkey should resume its regular border control activities at both the land and sea borders with EU member states, in particular Greece.

Subsequent action should include:

Alexandra stressed that the funding of 6 billion Euro had tangibly improved the lives of refugees in Turkey: the EU  has financed the construction of 180 schools, the employment of 4,000 Turkish language teachers and the establishment of 179 health centres for refugees. Half a million refugee children receive financial support to go to school. Some 1.7 million refugees have debit cards that are loaded with 120 Turkish lire (18 Euro) every month, which helps them cover their basic needs. In the Istanbul district of Sultanbeyli, which runs two exemplary service centres for some 20,000 refugees, 95% of the necessary funding is provided by the EU. The two centres offer medical consultations to 450 people per day, language assistance in dealing with hospitals or the administration, language classes, legal advice, a shelter for women and children, and vocational training. If the EU funding runs out, these centres will have to close.

Alexandra explained that the 2016 EU-Turkey Statement envisaged 6 billion Euro for the period 2016 to 2019. By the end of last year, all the money had been allocated (earmarked for specific projects). Until now, 4.7 billion of this funding has been contracted (contracts with project partners defined and signed) and 3.2 billion disbursed (paid out to project partners). Project partners receive their funding in instalments and the final instalment is usually paid out after the end of a project, which explains why only 3.2 billion have been paid out so far. Alexandra stressed that Turkey had expected a sign from the EU that funding would continue after 2019, but had not received it.  This explains – but does not justify – why Turkey declared its borders to Greece and Bulgaria "open" at the end of February.

At the end, Alexandra said all sides – the 4 million refugees in Turkey, the Turkish government and the EU – have an interest to help refugees in Turkey make ends meet.  The benefits for the refugees are obvious; for the Turkish government, it is easier to fight growing anti-refugee sentiments in the Turkish population if it can show that the EU contributes to the costs of refugees; and EU member states do not have to fear that large numbers of Syrians come from Turkey to the EU. In 2019, only 16,370 Syrians arrived on Greek islands, which is 0.5% of the 3.6 million Syrian refugees in Turkey. This, however, could change if assistance is reduced.

The other panellists of the debate were Başak Yavçan (University of Liège Hugo Observatory), Laura Batalla Adam (Secretary General of the European Parliament's Turkey Forum) and Enes Bayraklı (SETA Brussels Coordinator). The fifth envisaged participant, Mehmed Güllüoğlu, the president of Turkey's disaster and emergency agency AFAD, could not come from Turkey due to the coronavirus crisis. 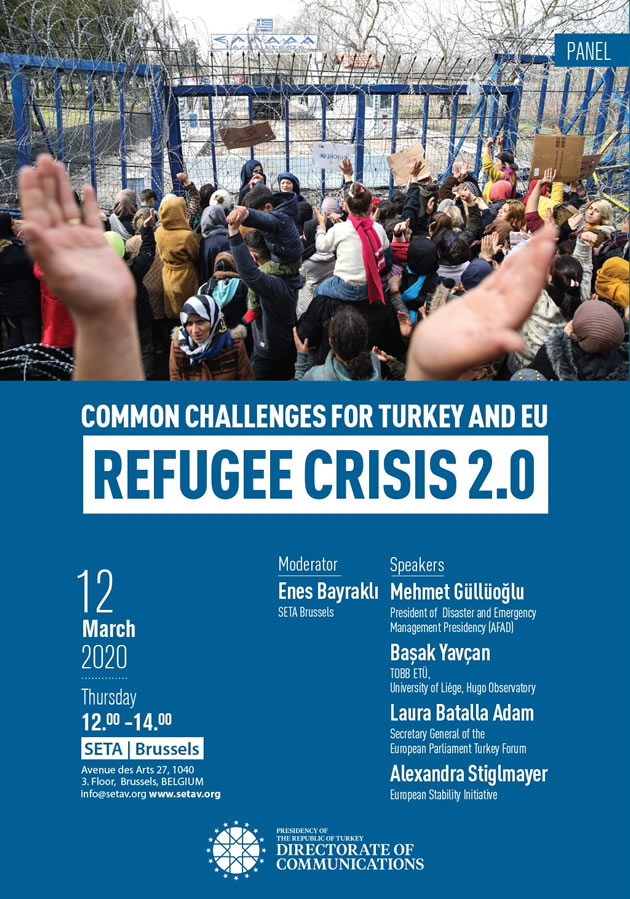