Pristina, Skopje, Belgrade – ESI at conferences on the future of the Western Balkans 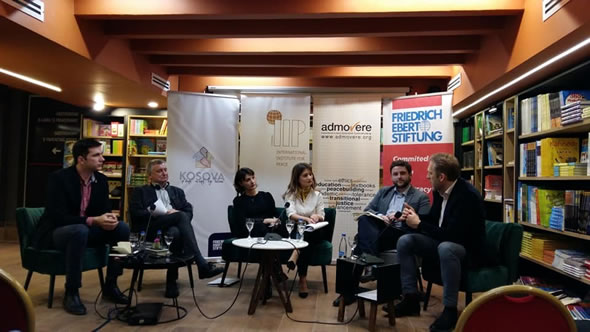 Adnan Cerimagic at a conference in Pristina. Photo: ESI

ESI analyst Adnan Cerimagic participated in the program "Young Generations for the New Balkans/South East Europe: Beyond Emigration, towards Alternative Horizons" organised by the Renner Institute Vienna and the International Institute for Peace (IIP). He participated in public events in Pristina and Belgrade, as well as in numerous meetings. The conferences were co-organised with the offices of the Friedrich Ebert Foundation in Pristina and Belgrade, as well as the European Western Balkans news portal. The visit took place from 11 to 13 March 2019.

On 11 March, Adnan spoke at a conference in Pristina on the Prespa agreement between Skopje and Athens and lessons for the Belgrade and Pristina dialogue, as well as about the future of EU-Western Balkans relations.

On 12 March, he spoke at a conference in Belgrade on the state of the Belgrade-Pristina dialogue and the future of EU-Western Balkans relations.

Over the three days Adnan, together with a group of young researchers, met with numerous policy makers, representatives of the think tank community, and politicians. On 12 March, the group met with the foreign minister of North Macedonia, Nikola Dimitrov, in Skopje. 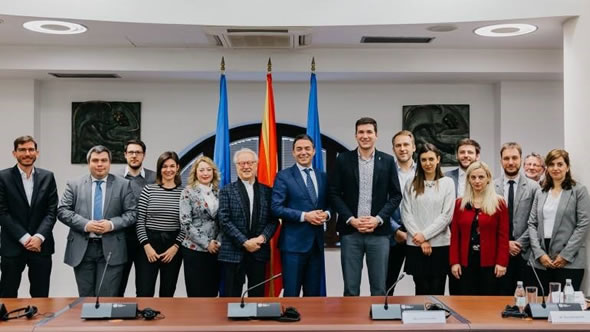 Adnan at the meeting with Foreign Minister Dimitrov. Photo: MFA of North Macedonia 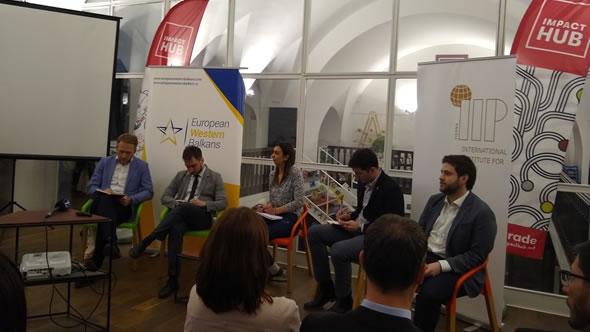