You need to upgrade your Flash Player to view this movie properly. Please download it here.

Please also insure that JavaScript is enabled in your browser settings.

As part of ESI's new Communicating Europe project, leading figures from South East Europe working on issues of European integration met in Paris from 16 to 17 April to discuss French perspectives on EU enlargement. The participants were senior Western Balkan officials, MPs and journalists from Albania, Bosnia and Herzegovina, Croatia, Montenegro, Serbia, and Macedonia. Speakers from French politics, media and civil society presented a picture of France's perspective on the Western Balkans and on the future of enlargement.

This conference was funded by the Foreign & Commonwealth Office (FCO). The agenda was drawn up with the support of the European Council on Foreign Relations (ECFR). The conference was the third in an initial series of four events; conferences have also been held in Vienna, Berlin and Rome. The aim of the Communicating Europe project is to familiarise the participants with the national debates on Europe and the future of enlargement.

The conference started with presentations by current and former senior advisers from the Ministry of Foreign and European Affairs and by leading figures from French media. The sessions explored the new French approaches to enlargement first announced by State Secretary, Jean-Pierre Jouyet, in January 2008.

The British Ambassador to France, Sir Peter Westmacott, hosted a working dinner for participants at his Residence. It was also attended by the ambassadors of Albania, Bosnia-Herzegovina, Croatia, Macedonia, and Montenegro and by Pascale Andréani, spokeswoman of the Ministry of Foreign and European Affairs.

The Adriatic push for enlargement - video interviews with

on how their countries prepare for EU accession 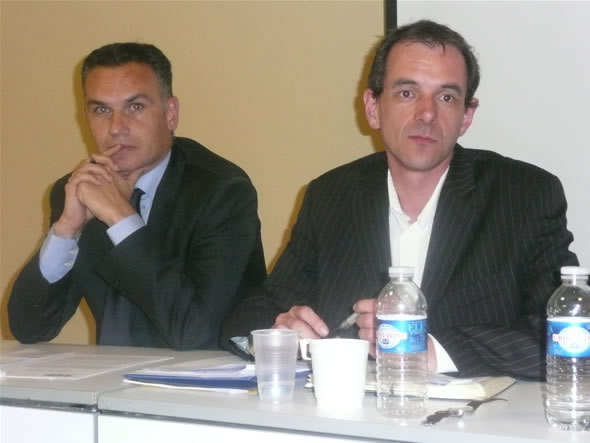 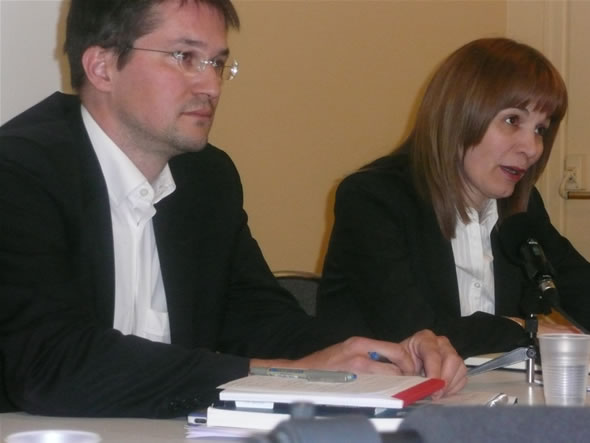