ESI in Brussels: The Albanian Renaissance

On Monday, 28 April, ESI and the European Policy Centre (EPC) launched in Brussels the TV documentary series "Return to Europe" by showing a 52-min. film on Albania. This sneak preview was preceded by a policy debate with Edi Rama, Tirana's mayor and Albanian opposition leader, who called on the Albanian government to submit an application for EU membership latest by September. He said this would mobilise new energies to implement reforms, getting Albania out of "this comfortable situation that is created by taking the European integration as something obvious, something for granted, as something that one day will come."

Drawing a parallel to NATO, which invited Albania to join during the Bucharest Summit in early April, Rama said it was important that government and opposition worked together towards the goal of EU integration: "We will continue to strongly disagree on what is domestic, but we will continue to push, as the opposition, the government to take the risk, to be courageous and to go ahead with this application submission. […] Thanks to the fact that we have succeeded to create a climate of cooperation with the focus on NATO integration, we succeeded […]. It was also the challenge; it was also the visible objective, which helped."

Albania signed the Stabilisation and Association Agreement with the EU in June 2006. The ratification process – the agreement has to be ratified by the then-25 EU member states - is still continuing. In December 2006, the trade-related Interim Agreement entered into force, which Albania has implemented in the meantime. Other countries, such as Croatia and Macedonia, also applied for membership before the SAA entered into force and were made candidates. Croatia signed the SAA on 29 October 2001, applied for membership on 21 February 2003 (one-and-a-half years later) and was declared a candidate on 18 June 2004. Macedonia signed the SAA on 9 April 2001, applied for membership on 22 March 2004 (almost three years later) and was declared a candidate on 16 December 2005.

With more than 100 guests, the ESI/EPC event was very well attended. Other participants in the debate included Axel Wallden from the European Commission; Glori Husi, Albania's NATO coordinator; Erion Veliaj, ESI analyst and former head of the Albanian youth movement Mjaft. Gerald Knaus, ESI's Chairman, introduced the film on Albania that aims to deconstruct myths and stereotypes of Albania as a failed state that is mired in crime and corruption.

The TV documentary series "Return to Europe" is one of the most challenging TV productions about the Balkans in recent years. It features ten Balkan countries, each in a 52-min. film, with the aim to acquaint, surprise and enthuse viewers. It is produced by 3sat, the satellite channel shared by German, Austrian and German Swiss public broadcasters, and the Austrian broadcaster ORF. The first film, on Montenegro, was broadcast on 3sat last Sunday.

The documentaries are based on ESI research comprising 1,000 interviews including 140 on film. Six directors worked on them, and 400 hours of footage was shot during 190 shooting days. 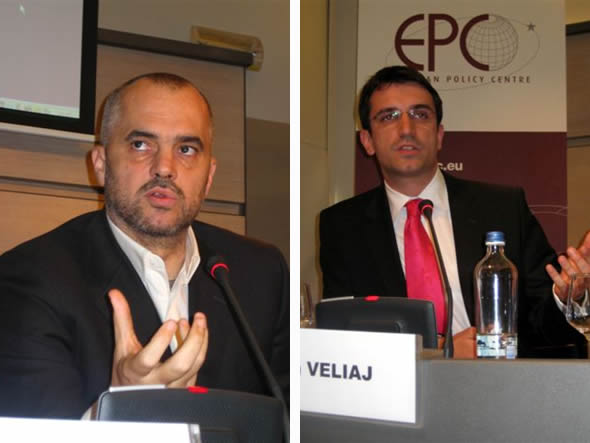 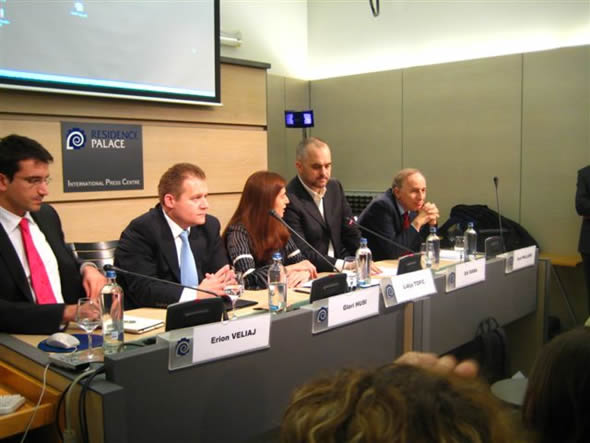 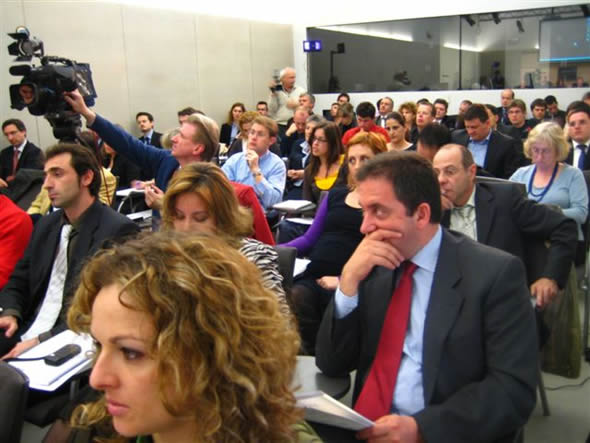