ESI with Albanian and Romanian foreign minister in Ohrid

Gerald Knaus spoke on a panel on "Prospects for the Euro-Atlantic Integration of the Balkans" chaired by Ambassador Martin Erdmann, Assistant Secretary General for Political Affairs & Security Policy, NATO. Other speakers included Adrian Cioroianu, Foreign Minister of Romania; Luylzim Basha, Foreign Minister of Albania; and Wolfgang Petritsch, Austrian Ambassador to the United Nations, WTO and the Conference on Disarmament in Geneva.

Invoking the image of a traveller returning to the Balkans in 2007 after having been there ten years earlier, Gerald described the enormous progress many Balkan countries have made in the last decade. Citing countries like Albania that had seen the collapse of public order and Macedonia that was close to civil war and is now a EU candidate or Bulgaria, now an EU member state with impressive growth rates, he made it clear that the Balkans is not a case lost as the cliché so often suggests. 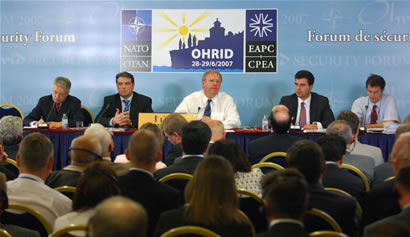 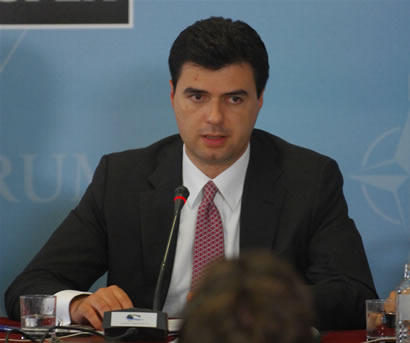 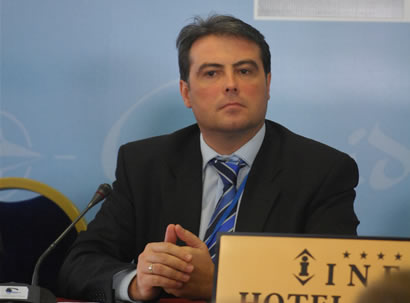 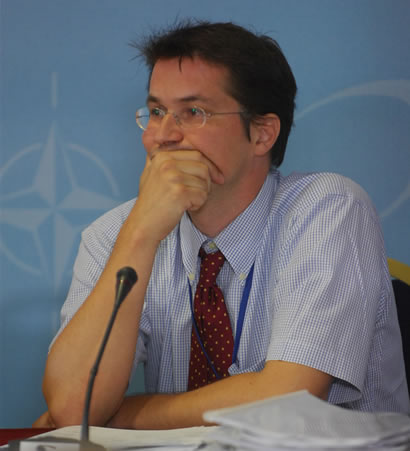