Brussels – Discussions with German and French officials on migration policy 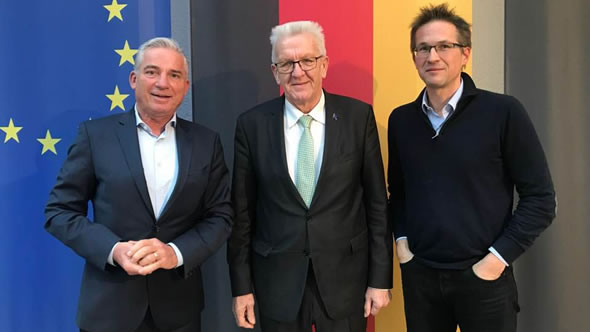 On the next day he and ESI's Brussels senior analyst Alexandra Stiglmayer had a long debate on future European policy on migration and asylum with minister president Kretschmann and ministers of interior, integration and justice from Baden Württemberg. The presented the latest ESI proposals and analysis.

Alexandra and Gerald also had a meeting at the French Representation to the EU to discuss how France could cope with the rising numbers of asylum requests.