Conference in Bratislava: EU Enlargement in the Balkans in 2011 - Make Not Break 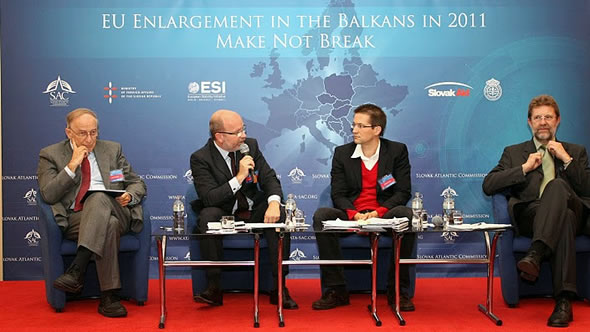 This one day expert international conference on the margins of the meeting of Ministers of Foreign Affairs of the Visegrad and Western Balkans countries was to assess the status of the EU integration, as well as to discuss the perspectives of revitalizing the process of EU enlargement and to exchange information about official development aid projects in the Western Balkan countries.

The event was co-organised by ESI. Gerald Knaus was a speaker at the panel "Is EU enlargement in the Western Balkans stuck?" and Kristof Bender chaired a panel on "How to move the enlargement agenda during 2011?"

ESI discussion paper: The Noah-Joker Effect. How to turn the Balkans into an EU foreign policy success (21 October 2010) 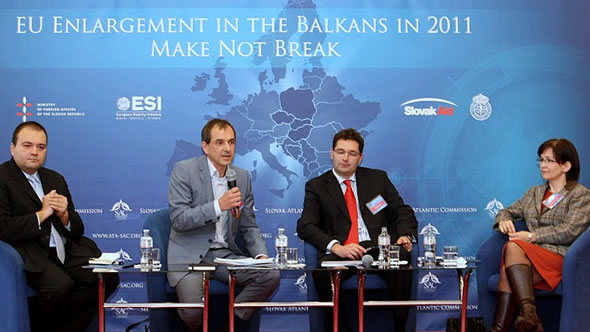 The event was also widely covered in the media: