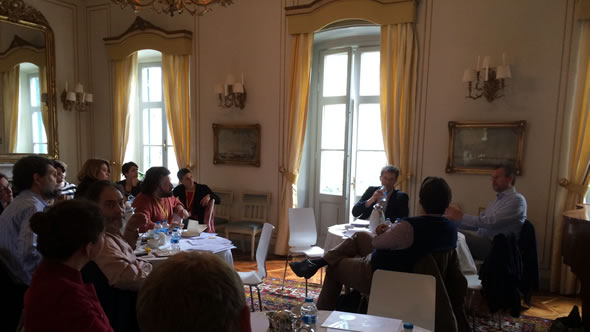 ESI's Gerald Knaus met with leading members of Turkish civil Society and gave a presentation on the crisis in enlargement policy – and ways to preserve the integrity of the process.

In recent months ESI has presented concrete policy proposals in Stockholm, Berlin, Paris, Brussels, Rome, Ankara, Zagreb, The Hague and elsewhere – on how the European Union could restore the credibility of EU accession policy. ESI believes that there is enormous power in credible assessments to mobilise reformers and civil society in accession countries. Credible assessments could help set the reform agenda. They could also show when countries move backwards. They help restore the trust of EU member states in the process.