Merchants of Doubt or investigating Corruption 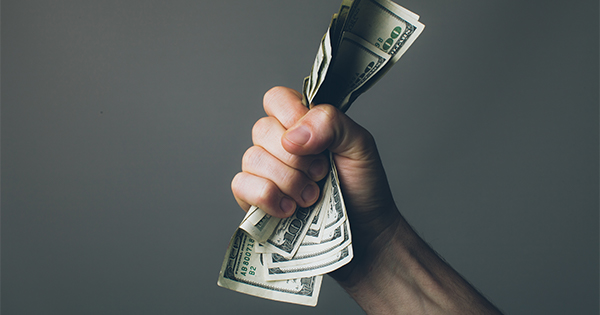 Next week – from Monday 24 to Friday 28 April – members of the Parliamentary Assembly of the Council of Europe (PACE) will meet in Strasbourg and decide whether their institution has a future. The question is whether there is a majority of members in PACE prepared to act in the face of what German daily Der Tagesspiegel called "the biggest corruption scandal in the history of the Council of Europe" and launch an independent investigation.

The battle lines are drawn. The outcome is uncertain. In early March a credible proposal for a robust, external investigation of possible corruption – as requested by numerous delegations and MPs in January – was submitted by the secretary general of PACE, Wojciech Sawicki.

The Sawicki proposal remains contested. For weeks now, those opposed to an independent investigation have tried to muddy the waters, divert attention and change the subject – merchants of doubt, trying to argue away the accumulating evidence of a major crisis. They ignore the most obvious argument for a serious investigation, as explained to the Guardian by former Swedish minister of justice Tobias Billstrom (EPP). According to the paper:

"Billström said it would be inconceivable for the Council of Europe to turn down a request for an independent investigation when it faces 'so many serious allegations... which concern the ability of the parliamentary assembly to function as it was intended, as a watchdog against corruption.' He urged MPs in the assembly to endorse 'very good' proposals drawn up by its most senior official, Wojciech Sawicki, setting out the terms for an independent inquiry."

The first confrontation will take place in the Bureau of the Assembly – a body of 33 members – on early Monday morning in Strasbourg.

The issue before the Bureau is not to declare whether the government of Azerbaijan or members of its delegation have indeed for many years tried to corrupt individual members of PACE, something that has become known as Caviar Diplomacy. The issue is whether there is a majority in PACE that is willing to find out and to investigate the allegations. 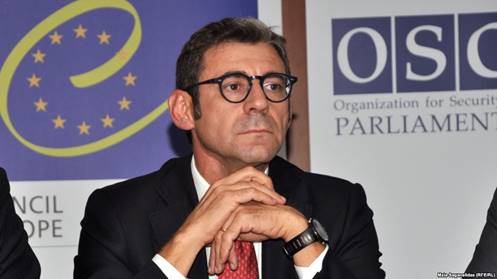 The principle of innocent until proven guilty is central to the European legal tradition. Let us assume, therefore, that Luca Volonte, the former PACE member from Milan accused of having been bribed by Azerbaijan, is an honourable politician, who has always represented his voters with integrity and voted in line with his conscience. Let us also assume the following:

In the spirit of in dubio pro reo, information that suggests serious violations of the PACE Code of Conduct does not allow reaching firm conclusions yet. But more than enough is known to require a serious investigation.

It would appear, then that the obvious way forward is to do what more than 100 members of PACE called for in a declaration dated 25 January 2017:

"To establish, without delay, an external, fully independent and impartial inquiry into all allegations of improper conduct or corruption that may have sought to influence the work of the Assembly in recent years, focusing in particular on allegations surrounding the vote on political prisoners in Azerbaijan in January 2013; the conclusions of the inquiry and its recommendations should be made public directly to the Assembly and the public at large"

And yet, there are still many opponents to this. Some oppose any investigation; others opposed a credible and independent investigation.

Three reasons have been advanced in recent weeks against an independent investigation. First, that there is already a legal procedure in Italy against Luca Volonte, so there is no reason to actually carry out an additional inquiry in PACE. Second, that the charges for corruption against Luca Volonte, first formulated by prosecutors in Milan, have already been dismissed in Italy. And third, that a small conspiratorial network, which pursues nefarious objectives in an illegitimate manner, stands behind all allegations, which must therefore be ignored.

Leave everything to Italian courts

Why not leave everything to Italian courts? The obvious response is that Italian courts are not responsible for the PACE Code of Conduct. PACE is. In addition, PACE members are constantly monitoring and questioning decisions of national institutions. This is in fact the raison d'etre of the Council of Europe. Thus, whatever happens in Italian courts, the case for an independent investigation of serious breaches of the PACE Code of Conduct initiated by PACE remains overwhelming: it is the reputation and credibility of the Council of Europe that is at stake after all.

The Italian judiciary has dismissed the case against Volonte

On 7 March the parliamentarian who had paid Luca Volonte millions of Euros, Azerbaijani Elkhan Suleymanov, wrote an open letter to other PACE members:

"As we are all supporters of the Rule of Law, thus considering and respecting Court's decisions, allow me to ask you – kindly but firmly – to respect also the January 27th 2016 Milan Court decision, stating not to proceed on the charge of corruption."

Luca Volonte himself also wrote a letter to members of the Bureau, stressing that "all charges on corruption against me were dropped by the Preliminary Judge of Milan Court on last January 27th."

However, any suggestion that the Volonte case has been dropped in Italy is misleading. During the preliminary hearing at the first-instance court in Milan on 27 January, the judge upheld the charge of money laundering. He also accepted that Volonte received €2,390,000 from Suleymanov, but argued that Volonte was covered by immunity for his votes cast as a PACE member. This was followed by an appeal by the prosecutors in Milan who argued that Volonte's actions were such that they fall outside the cover of immunity. The question of a trial for corruption is now before the Italian Supreme Court of Cessation. For PACE to dismiss it would be to prejudge the decision of Italy's highest court of appeal.

The whole corruption debate is a conspiracy

This is the most curious argument against an investigation. It is not addressing any of the specific claims and facts, but is an attempt to change the focus of the debate. On 6 March a Brussels-based lobbying group, the European Strategic Intelligence and Security Center (ESISC), published a document entitled "The Armenian Connection". ESISC has white-washed Azerbaijan's record as a "Model for Good Governance" before. By its own account, it defends "the complex or delicate operations of states or companies through our modern and effective lobbying practice".

ESISC argues that all allegations against Azerbaijan are due to a "small clique" having captured the Council of Europe. ESI's chairman Gerald Knaus is presented as the "mastermind of this discrete, if not clandestine operation". A handful of MPs and a mysterious Mr. X. (recently "revealed" as the current Commissioner for Human Rights, Nils Muizniek) have worked jointly to destabilise Azerbaijan, ESISC claims. Their motivation – or rather that of mysterious forces behind them, which include US philanthropist George Soros – is that they "eye with interest the hydrocarbon reserves of the country".

Never mind that the ESISC report is full of lies (such as claiming that German PACE member Strasser holds pro-Armenian views and citing as evidence that he went to Yerevan in 2015 to commemorate the Armenian genocide, when Strasser has never in his life been to independent Armenia). Most strikingly, neither Suleymanov nor ESISC even mention or try to explain the fact e that one member of PACE paid another member of PACE huge sums of money without a good explanation.

Leaders of party groups in PACE and members of the Bureau

The hour of truth

In recent months parliamentarians across all political groups, media across Europe, the most respected human rights and transparency groups, all have noted that this is an existential crisis for Europe's oldest human rights body. So has Thorbjorn Jagland, secretary general of the Council of Europe, former Norwegian prime minister and former head of the Nobel Peace Prize commission. In a recent letter to Pedro Agramunt he wrote:

"As Secretary General of the Council of Europe, it is not within my mandate to investigate parliamentarians. Nevertheless, the Parliamentary Assembly, as a statutory body of the Council of Europe, elects the Human Rights Commissioner, judges to the European Court of Human Rights as well as the Secretary General. In light of these important functions, it is paramount that all of its members act with integrity and are perceived as doing so by the wider public.

I am therefore appealing to you personally to use your authority to expedite the decision to establish an independent external investigation body without any further delay. The Parliamentary Assembly will soon elect a number of judges to the European Court of Human Rights, as well as the Human Rights Commissioner. It is my duty to ensure that these elections take place in line with the highest standards."

What is at stake next week is clear: either there will be a decision for an "independent external investigation body without any further delay", as many delegations argued, as the bureau requested and as Jagland recommended. Or we will see continued delay, obfuscation, perhaps a weak and impossible mandate, or a farcical internal enquiry without resources, time and independence.

Side Event at the Palais de l'Europe Strasbourg 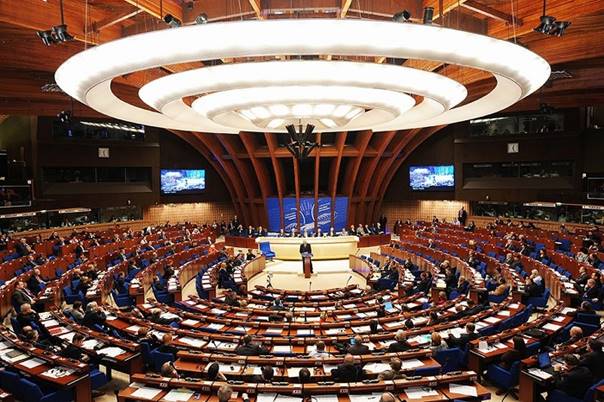 The bureau members who will decide the future of the Council of Europe next week: