Exciting news from the world of sport: Formula One has embraced the cause of human rights.

"Formula One, heavily criticised by campaigners over the years, this week quietly published a statement of respect for human rights in which it agreed to carry out due diligence on future hosts. Asked whether he would now 'check out the human rights record in Baku', Ecclestone responded: 'We have. I think everybody seems to be happy. Doesn't seem to be any big problem there.'"

Before anyone rushes to judgement and begrudges Baku its first Formula One race next year – or its upcoming European Olympics – let us admit that Bernie Ecclestone has a point.

There is no reason to expect sports organisations to condemn a regime for human rights abuses that is praised by the leading clubs of European democracies: the Council of Europe and the European Union. The time when Formula One cares more about human rights than these bodies has not yet arrived, though it might soon, the way things are going.

If the European External Action Service (EEAS) had been around in 1980, this is the statement it might have issued:

"The four year sentence imposed by a Czechoslovak court on Mr Vaclav Havel, a well-known human rights defender and respected writer, appears harsh and disproportionate to the alleged offences on which it is based. Procedural shortcomings raise concerns about due legal processes.

The EU calls on the Communist Party of Czechoslovakia to establish greater trust in the independence and professionalism of its judicial system. We look to the authorities in the Czechoslovak Socialist Republic to ensure that Vaclav Havel is given the opportunity to appeal this verdict in a fair and unbiased process."

How do we know this? Because this is exactly how the EEAS responded last week to the prison sentence of 6.5 years against leading human rights defender Rasul Jafarov in Azerbaijan.

The charges and his trial were a farce. All the witnesses of the prosecution were either not aware why they were supposedly victims or testified in Rasul's favour. The court did not consider their statements. One of the witnesses had to flee the country afterwards to avoid reprisals for his honest testimony.

Vaclav Havel might have said to himself in his prison cell about the EEAS statement: "I know this language. This is the content-free jargon of the functionaries in the Garden Party."

In the play "The Garden Party", which Havel wrote in 1963 in communist Czechoslovakia, the main character, Hugo Pludek, becomes so good at speaking in platitudes and clichés that he ends up as head of the Central Inauguration and Liquidation Committee. By the end of the play, this master of mindless speechifying loses his identity.

Tadeusz Iwinski, member of the Polish Parliament, Deputy Chairperson of the Socialist Group in the Parliamentary Assembly of the Council of Europe (PACE) and monitor for Azerbaijan, is a modern Hugo Pludek.

Iwinski was born in 1944. As a young man he joined the Polish United Workers' Party (the communist party in Poland). Since 1992 he has been a member of the Parliamentary Assembly of the Council of Europe (PACE). Iwinski has a Pludekesque gift for phrases and concepts, often displayed in his long history of defending the regime in Baku.

During a debate in PACE Tadeusz Iwinski explains that "in recent years, Azerbaijan has opted for European standards in respect of human rights, democracy and the rule of law."

In Baku in 2010 Iwinski, then deputy head of the PACE election monitoring mission, tells Audrey Glover, head of the mission of the OSCE's Office of Democratic Institutions and Human Rights (ODIHR), that her critical position on the elections is "idiotic". ODIHR had concluded that: "regrettably … the conditions necessary for a meaningful democratic election were not established". For more on this see: Caviar Diplomacy.

In PACE Iwinski reports on the parliamentary elections in Azerbaijan. He notes that the "whole election process showed progress in reaching Assembly and OSCE standards and commitments."

Instead of the government he blames the opposition, which won not a single seat: "the opposition has a share of its responsibility in the absence of a vibrant public debate in Azerbaijan; the opposition should focus on real issues rather than on egocentric petty politicking." He complains about "serious frictions and nearly insurmountable difficulties in [the PACE delegation's] interplay with the ODIHR."

Iwinski is one of 35 PACE members who demand that PACE adopt "objective criteria" on how to identify "a genuine political prisoner" before any report on any individual country is prepared. As a result, a report on political prisoners in Azerbaijan is delayed.

Iwinski explains: "I am speaking as a scholar rather than as a politician. It is difficult to get everyone's agreement on any definition in the social sciences … The definition of 'political prisoner' seems, to some extent at least, to belong to a political category – it is delicate or even 'tricky', as the Americans would say."

Iwinski votes against the resolution on political prisoners in Azerbaijan submitted by the PACE rapporteur Christoph Strässer, today the German government's Commissioner for Human Rights. Iwinski declares: "I am convinced that Azerbaijan will continue to meet its commitments and obligations. I hope that the presidential elections in the autumn will be credible and will contribute to further co-operation with our Organisation." The 2013 elections in Azerbaijan turn into another farce, but PACE election observers praise it again as "free and fair." 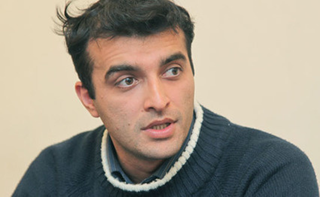 Rasul Jafarov is sentenced to six and a half years in prison.

The PACE co-rapporteurs for the monitoring of Azerbaijan Iwinski and Pedro Agramunt (Spain) declare the following in a press statement:

"'We met Rasul Jafarov during our monitoring visit to Azerbaijan in March when he was in pre-trial detention and he told us that the charges against him were politically motivated. Such a long sentence against a human rights defender for charges in connection to administering an NGO could be perceived as disproportionate.'" The co-rapporteurs said they were confident the authorities will take the necessary steps to ensure fairness, equality of arms and respect for the presumption of innocence, in compliance with Article 6 of the European Convention on Human Rights, will be respected during his appeal procedure."  (emphasis added) 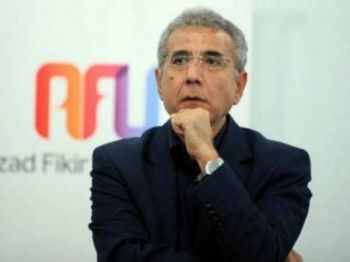 Human rights laywer Intiqam Aliyev is sentenced to seven and a half years in jail.

And now? What everyone can do

Watching this modern re-enactment of the Garden Party in Strasburg, you have a few options how to react.

You can cry. You can laugh. You can buy your ticket and join Azerbaijan's many European friends in the luxury hotels in Baku for the upcoming European Olympics.

Or you can take 15 minutes and do any of the following:

To set free any political prisoners will require much greater efforts. But taking these small steps will at least send a signal that not everyone in Europe's democracies is ready to follow in the path of Hugo Pludek. As Rasul Jafarov wrote in 2014 in his first letter from prison:

"During the session of the Parliamentary Assembly of the Council of Europe held in June 2014, i.e. shortly before my arrest, a roundtable was held on the gravity of the human rights situation in Azerbaijan … in the past 2-3 years everyone was asking half-joking, half-serious, when I was going to be arrested. It happened, and now I'm looking forward to your support! Thank you everyone."

This week ESI organised an event on Azerbaijan with other international human rights NGOs, members of the Parliamentary Assembly of the Council of Europe and Nils Muizniek, the Human Rights Commissioner, in Strasbourg. Senior ESI analyst Alexandra Stiglmayer presented ESI's recommendations to the Council of Europe.

This month ESI co-signed a letter by US and European foreign policy experts and diplomats calling for sanctions against those who commit human rights violations in Azerbaijan. You find the letter here:

"We call on Western governments and parliaments to impose a visa ban and asset freeze on senior Azerbaijani government officials responsible for and involved in gross human rights abuses."

More reading here: Azerbaijan and the Future of Human Rights in Europe.