Vienna - ESI in jury of BIRN Fellowship for Journalistic Excellence 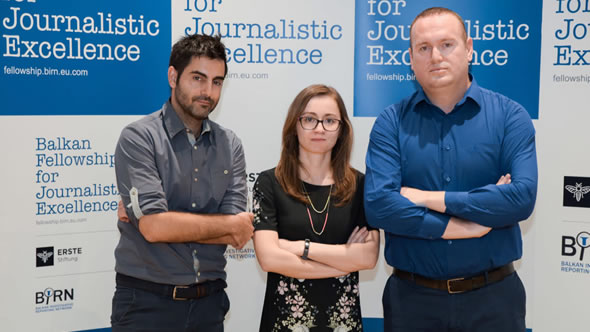 On 13 December 2019 the jury of the Balkan Fellowship for Journalistic Excellence (BFJE), of which ESI's Kristof Bender is a member, met in Vienna to award the prizes for 2019.

The first prize went to Ani Sandu from Romania for her investigation, Blind Justice for Romania's Trafficked Roma Children, revealing the scale and complexity of an alleged criminal enterprise in the Romanian town of Tandarei, where investigators say local gangsters have trafficked scores of children into a life of forced criminality.

Kosovo journalist Shkumbin Ahmetxhekaj, an editor at Kosovo Public Television, won the second prize for Brain Drain: Will the Last Doctor in Kosovo Turn Out the Lights, an investigation into the impact of medical brain drain in Kosovo.

Kostas Zafeiropoulos, an investigative reporter for the Greek daily Efimerida ton Sintakton, won the third prize for his piece on cyber propaganda Alexander the Bot: The Twitter War for the Macedonian Soul.

Soon you will find the stories of all the fellows at the site of the fellowship programme.

In 2020, the fellowship programme will expand to include journalists from the Czech Republic, Hungary, Poland and Slovakia 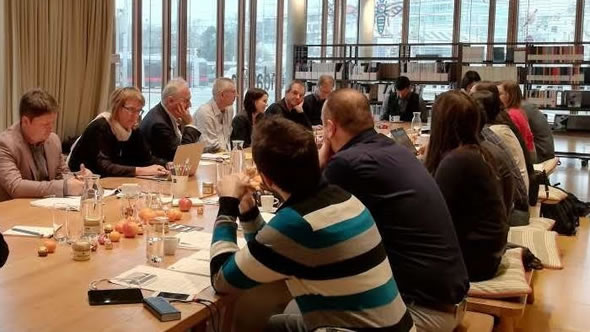 The fellows present their work to the jury. Photo: BIRN
Please enter your search term